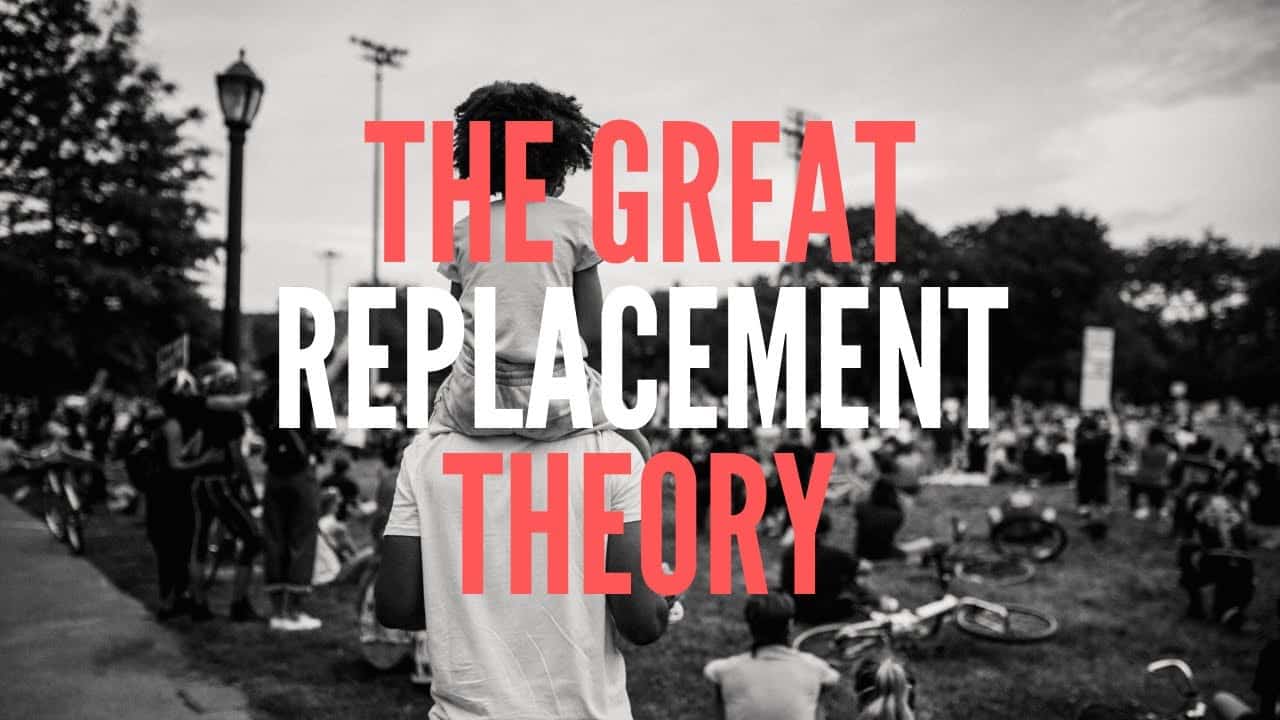 Much recent news media output covers the “Replacement Theory”, an offshoot of eugenics advanced initially in the early 20th Century by a famous American lawyer, Madison Grant.  Replacement theory is much like “critical theory” in its lack of Gospel values and dearth of traditional Christian thinking.  [See these earlier articles: “Critical Race Theory, A fountainhead of Vices” and “The Language of Critical Theorist Distortion From Christianity”]

This theory of the early 20th Century identified in the United States as a serious societal problem the relative birth rate differential between Northern European Whites (having fewer births although deemed genetically superior) in comparison with those of other ethnic backgrounds, including African Americans and other Europeans, predominantly those of Catholic nationalities, as well as Jews.   Adolf Hitler and his Nazi partisans embraced this theory “to the hilt”.  Its original emphasis was on what its adherents deemed to be “inferior races” having supposed less desirable traits than what they associated with the “Nordic Race” (certain Northern Europeans).

“Eugenics” refers to the erroneous idea that human reproduction and population growth should emphasize and consciously focus on developing within the human population only what is deemed by educated elites to be “desirable” physical and other characteristics in people.  Eugenics entails constraints on human reproduction intending to foster only certain genetic traits to achieve supposed ideal characteristics in all human offspring. Proponents of eugenics seek to diminish or eliminate certain unfavorable features and traits and increase favorable features and traits.  Some proponents, such as Hitler and Sanger sought to engender some kind of single superior race or ethnic group.  Madison Grant (along with Henry Fairfield Osborn) wrote “The Passing of the Great Race,” a book published in 1916 in which Grant advocated replacement theory and the superiority of the “Nordic Race”.

This obtuse and erroneous thinking conflicts with Christian anthropology and incites vice in its adherents.  Of course, what the Catholic Church teaches about human nature and mankind can never accommodate or reconcile with “replacement theory” or any other kind of “eugenics”.   In fact, by–and–large, these ideas have proven universally inimical to Catholics and the Catholic Church.  The sexual sociopath, Margaret Sanger, embraced replacement theory to the point of her association with genocidal ideas in her advocacy of “birth control”.  Sanger is also associated with Theodore Lothrop Stoddard and other advocates for racism in the pursuit of eugenics solutions.  Dr. Brian Woodbridge Clowes, Ph.D. of Human Life International has succinctly characterized Margaret Sanger in this manner:

“Sanger associated with racists and anti–Semites, people who despised everyone who was not a Nordic god or goddess, and those who demanded coercive eugenics programs to eliminate ‘lesser’ humans. The whole bunch, of course, participated in continuous vicious attacks on the Catholic Church….
The malignant influence of Sanger and similar thinkers not only has ruined the West to the point that it is dying, but seems hell–bent on corrupting the rest of the world as well.”

Most recently, “Replacement Theory” is predominantly viewed as a reactionary concept that extends to those who assert that there is a conspiracy to supplant Whites entirely with persons of color.  Fallacious neo–Marxist theories which wrongly foster racial animosity, such as the dastardly “1619 Project”, have intensified concerns on the part of some white persons in this country, to the point of irrational extreme actions and conduct.  Of course, the remedy for Catholics is to inculcate in their children and proclaim to others, a truly balanced, coherent, and correct understanding of Christian anthropology as taught by the Holy Mother Church for many centuries.

The Church does recognize a real need for couples anticipating Matrimony to consider the implications of their genetic compatibility, e.g., a man and woman who both carry genes associated with a specific disease, such as hemophilia.  On the other hand, the State should not impose restraints on marriage by relying on ideology-driven suppositions, uncertain evaluation, or unsubstantiated speculation.  In this regard, consider what His Holiness, Pope Pius XI, stated in His Encyclical of December 31, 1930, Casti Connubii, ¶ 68:

“Finally, that pernicious practice must be condemned which closely touches upon the natural right of man to enter matrimony but affects also in a real way the welfare of the offspring. For there are some who over solicitous for the cause of eugenics, not only give salutary counsel for more certainly procuring the strength and health of the future child – which, indeed, is not contrary to right reason – but put eugenics before aims of a higher order, and by public authority wish to prevent from marrying all those whom, even though naturally fit for marriage, they consider, according to the norms and conjectures of their investigations, would, through hereditary transmission, bring forth defective offspring.

And more, they wish to legislate to deprive these of that natural faculty by medical action despite their unwillingness; and this they do not propose as an infliction of grave punishment under the authority of the state for a crime committed, not to prevent future crimes by guilty persons, but against every right and good they wish the civil authority to arrogate to itself a power over a faculty which it never had and can never legitimately possess.”

Replacement theory as a program of social action does not resonate with Catholic values.  No specific nation or ethnic group within humanity should disappear or be suppressed to be replaced by another people because of genetic differences and notions of racial superiority or ethnic injustice.  While sinful inequalities do exist [Catechism of the Catholic Church, ¶1938], many differences and much diversity subsist between and among nations and peoples according to The Divine Will:

“These differences belong to God’s plan, who wills that each receive what he needs from others, and that those endowed with particular ‘talents’ share the benefits with those who need them.  These differences encourage and often oblige persons to practice generosity, kindness, and sharing of goods; they foster the mutual enrichment of cultures.”

[Catechism of the Catholic Church, ¶1937]

Solidarity and subsidiarity, not replacement theory, provide the answer:

“An error, ‘today abundantly widespread, is disregard for the law of human solidarity and charity, dictated and imposed both by our common origin and by the equality in rational nature of all men, whatever nation they belong to. This law is sealed by the sacrifice of redemption offered by Jesus Christ on the altar of the Cross to his heavenly Father, on behalf of sinful humanity.”

“The teaching of the Church has elaborated the principle of subsidiarity, according to which “a community of a higher order should not interfere in the internal life of a community of a lower order, depriving the latter of its functions, but rather should support it in case of need and help to co-ordinate its activity with the activities of the rest of society, always with a view to the common good.”