HOW WE PROMOTE UNITY AND PEACE

Corpus Christi for Unity and Peace 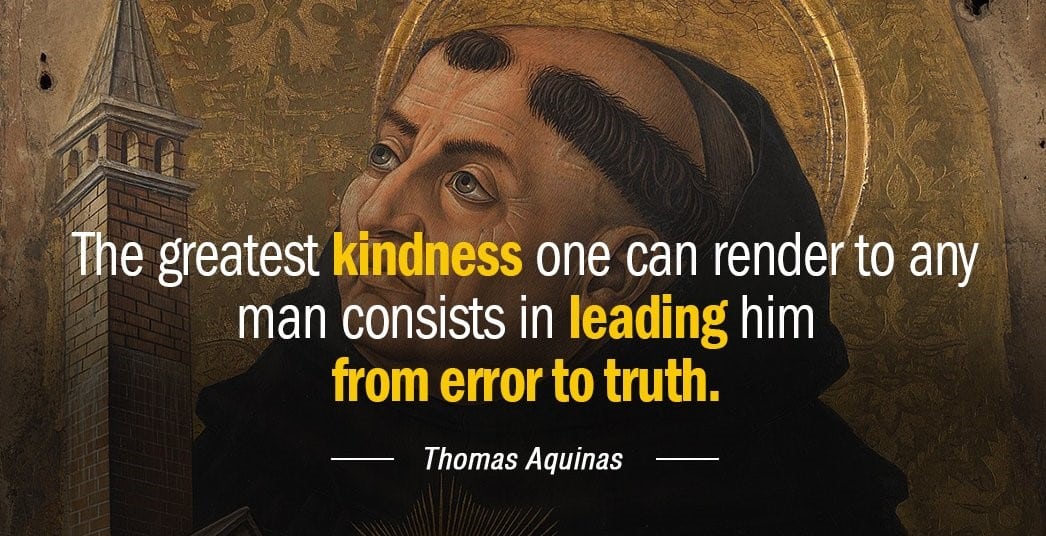 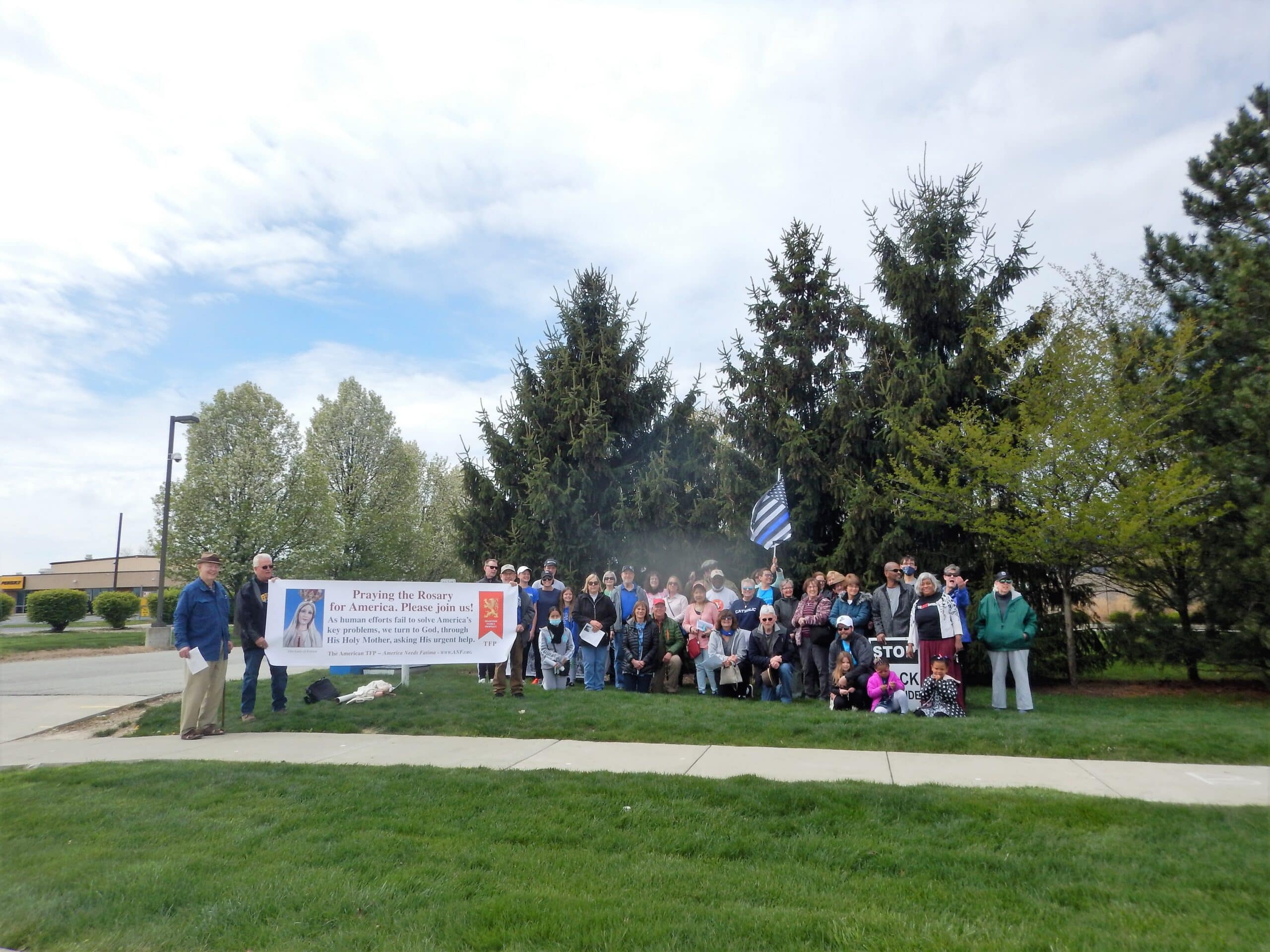 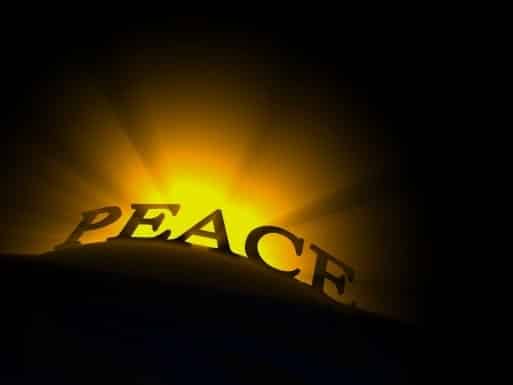 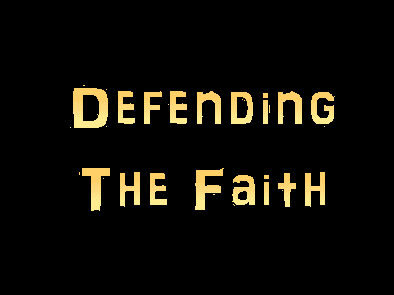 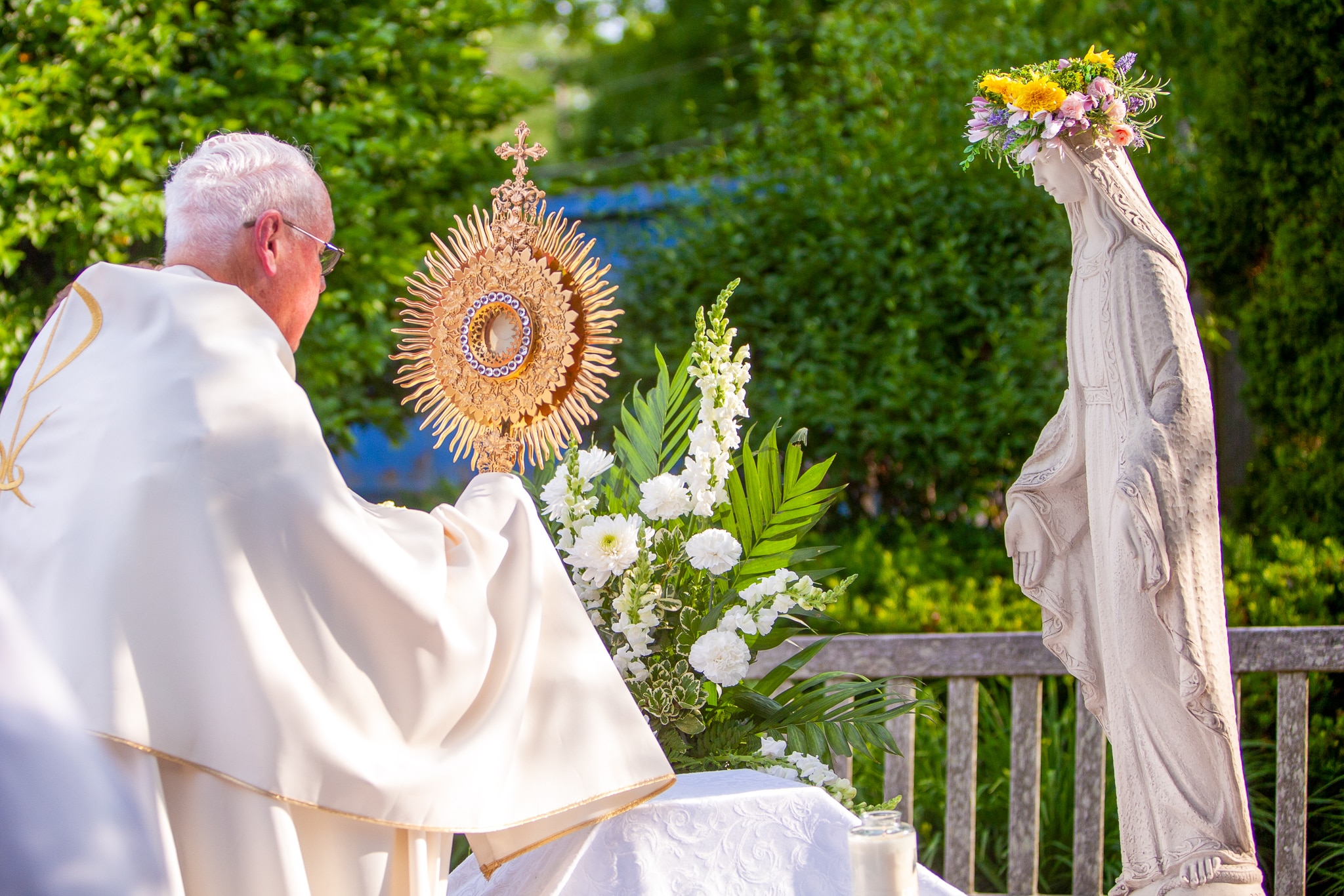 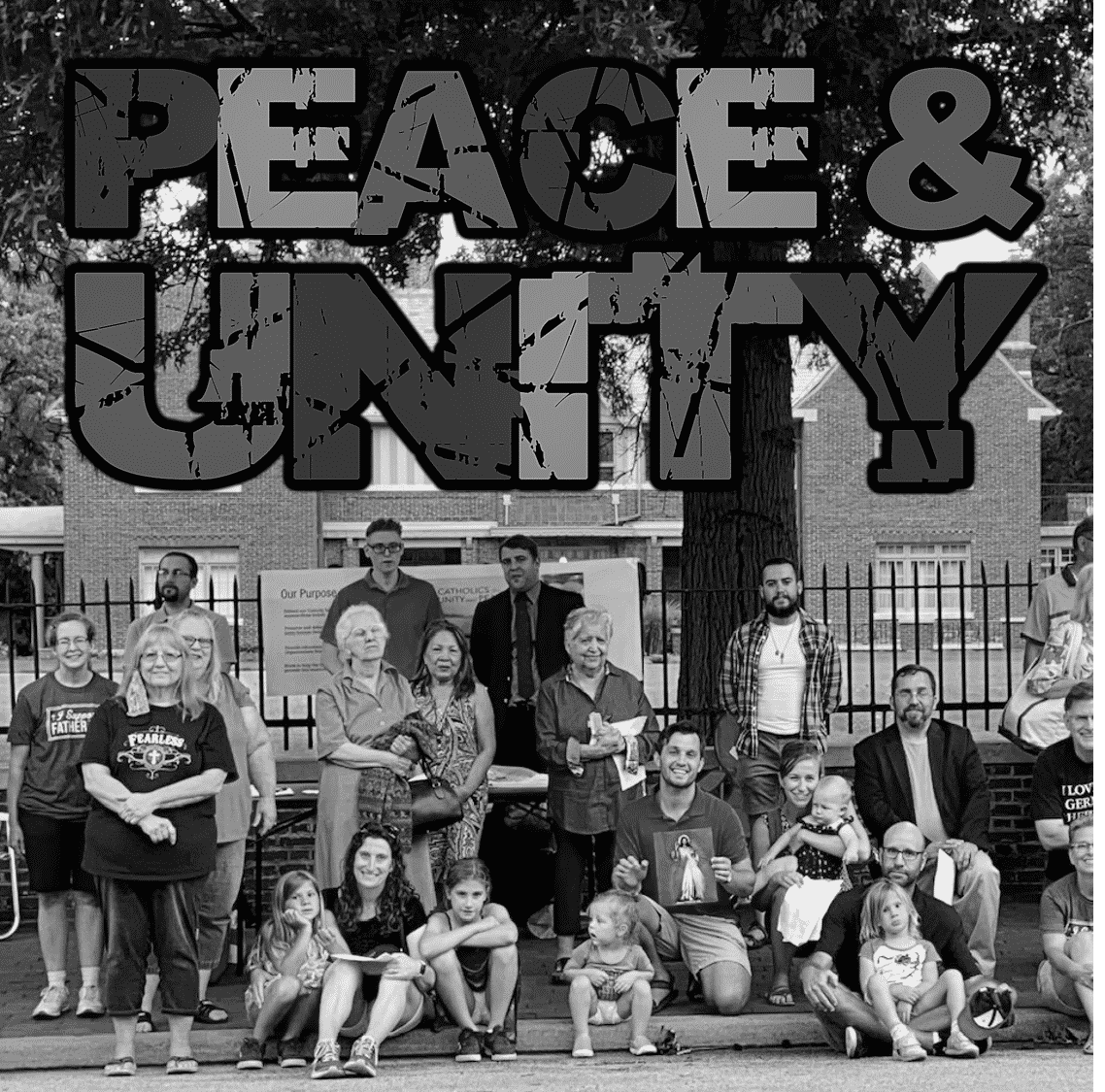 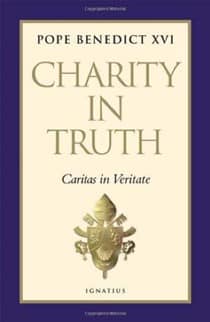 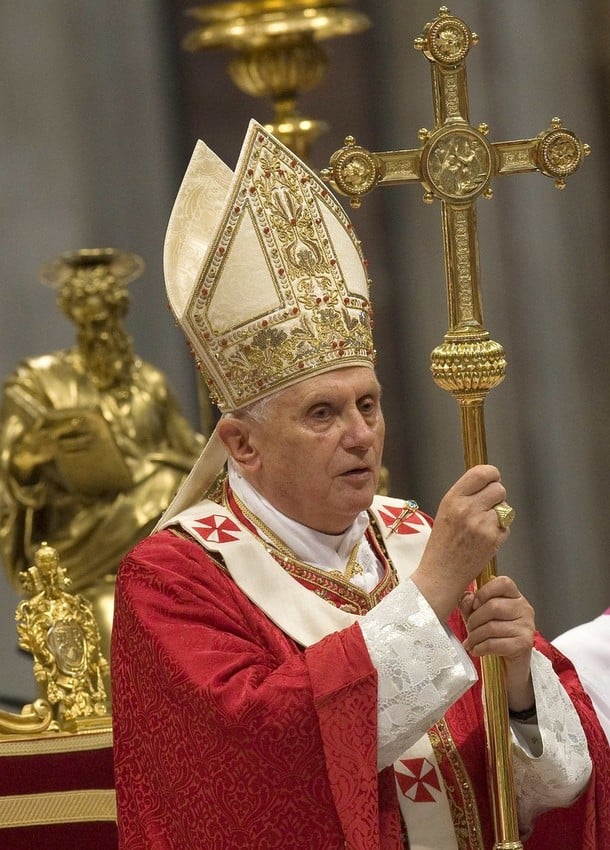 “Whenever and wherever men and women are enlightened by the splendor of truth, they naturally set out on a path of peace.”

CUP strives to promote unity and peace through our mission to inspire Catholics to uphold and promote a culture that safeguards the dignity of the human person.  We do this by:

Our vision is one day we will all live in a Christ-centered community united in lasting peace and joy.

LIVING IN RIGHT RELATIONSHIP WITH GOD

The Compendium of the Social Doctrine of the Catholic Church emphasizes the vocation of the Church and all Christians to be peacemakers.  Peace represents the fullness of life (Mal 2:5) and the image of the fullness of life should be paired with a vision of what is rightly ordered.  To be at peace requires that we live in right relationship with one another and with God.  For us to live in right relationship with God, we must live in accordance with Sacred Scripture and Catholic Tradition. CUP recognizes that in order for there to be peace, we must go to Christ in prayer.  Prayer through rallies, uniting our community, brings the “peace of God, which transends all understanding.” (Phil 4:6-7)

DEFENDING THE SACREDNESS OF THE CHURCH AND SACREMENTS

The Catholic conception of unity is characterized by visible signs of a cohesive, comprehensive, conformity of the body of believers, which mirrors the integrity and cohesiveness of Christ’s Body, the Church.  This unity is found or seen lacking in the Church’s celebration of the seven Sacraments at a given parish, in a given diocese.  For example, when the Holy Mass is celebrated with reverence and in line with the Church’s Canons, at a parish the faithful can enter into the very sublime unity and communion with the Holy Trinity itself.  Or conversely, when the Holy Mass is celebrated with little devotion, and in contradiction to the Church’s Canons for celebrating the Holy Mass the faithful are not united in worship, but rather subdivided.

CUP, in complete union with the Catholic faith, provides education on movements, organizations and ideologies that either reinforce or assault Catholic doctrine.  Education is the key to ignite critical thinking which in turn engenders courage on behalf of every Catholic to defend their faith in a public profession.

UNITY AND PEACE: DIFFICULT TO ACHIEVE BUT WORTHY OF PURSUING

Achieving unity and peace is the high ideal we aspire to reach, though seemingly impossible in today’s world.  And blessedly through the Church’s Sacraments of Baptism and Reconciliation sin is remediated and atoned for and the Church, Christ’s body is purified, unified and made holy.

Awaiting Christ’s return in this fallen world,  we must continually strive to be better each day, to receive God’s grace and to be His agents of peace and unity. We must recognize that true peace can only be brought about by God.  Only at the end of time will peace be realized. But this should not deter us from trying.  CUP is called to promote justice and forgiveness in the place of anger and retaliation in a world that is very divided.  For those that lash out at us for defending Catholic teaching, instead of retaliating in anger and haste, we invite them into dialogue to inform.  We believe strongly that the pathway toward unity and peace is through dialogue.

Peace and unity go hand in hand.  Without peace, unity cannot exist and without unity, peace cannot exist. This is why communion with our brothers and sisters in Christ when we receive the Eucharist is so unifying. After all, we each are experiencing a slice of Heaven because we have Christ within us. Staying in full communion with Church teachings is essential to attaining peace and unity. CUP keeps Catholics informed on major cultural threats that jeopardize our union with Christ and his Church, educating families on ways to stand fast and hold the Catholic Church’s teachings.

WE ARE CALLED TO BE GOD’S INSTRUMENTS OF TRUTH

To uphold the dignity of the human person we must hold tight to Truth.  We are called by God to be instruments of Truth.  Truth delivered in charity promotes unity and peace because it serves as the catalyst for the heart’s conversion.  In our fallen world, however, this does not often happen immediately. In fact, unvarnished Truth is often scorned as unattractive, outmoded or outdated. But at CUP we are dedicated to sharing Truth in charity by conducting interviews, publishing blogs, special reports and articles and wrapping it in prayer through prayer events we hold regularly…all with the goal of attaining unity and peace.

“Without truth, it is easy to fall into an empiricist and skeptical view of life, incapable of rising to the level of praxis because of a lack of interest in grasping the values — sometimes even the meanings — with which to judge and direct it. Fidelity to man requires fidelity to the truth, which alone is the guarantee of freedom (cf. Jn 8:32) and of the possibility of integral human development. For this reason the Church searches for truth, proclaims it tirelessly and recognizes it wherever it is manifested.

Truth needs to be sought, found and expressed within the “economy” of charity, but charity in its turn needs to be understood, confirmed and practised in the light of truth. …Only in truth does charity shine forth, only in truth can charity be authentically lived. Truth is the light that gives meaning and value to charity. “

CUP strives to promote unity and peace by promoting Truth in charity, through prayer, defending the Faith, and  providing education and research.  We pray as a community that with God’s sanctifying grace, living in the Truth, all Catholics will live in right relationship with Him so that one day we may realize lasting peace and unity.

CUP began with the intent of inspiring Catholics everywhere to uphold our beliefs and our right to express those beliefs. We must have the courage to speak up when we see organizations infringing on our beliefs. Equally important is the need to promote a culture where the dignity of every human person is safeguarded.