Corpus Christi for Unity and Peace 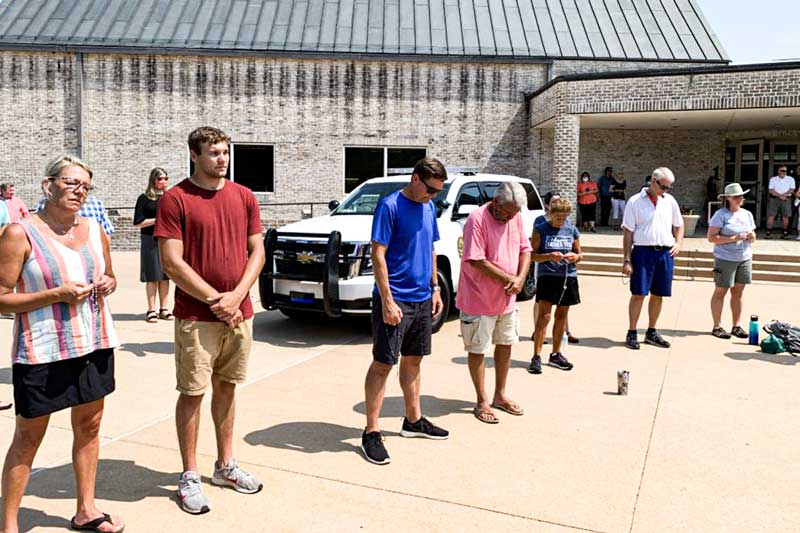 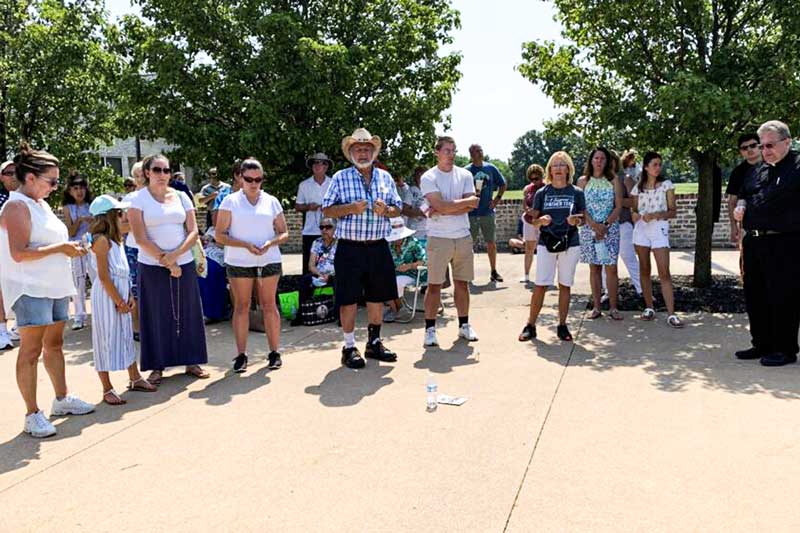 Father Ted Rothrock, a priest for 37 years, and getting ready to conclude a very successful 22 years of service as pastor at St. Elizabeth Seton in Carmel, Indiana, penned his weekly bulletin message for parishioners on June 28, 2020, teaching his flock about his understanding of the insidious nature of the Black Lives Matter protests. A small group of non-Catholics, who do not even reside in the parish boundaries, were offended by the straightforward talk in this bulletin article. This group declared an intent to protest around the church the next Sunday, July 5, and demanded the “defrocking” of Father Ted by his boss, Bishop Doherty of the Diocese of Lafayette-in-Indiana.

A few faithful, concerned by the possibility of protests and wanting to defend Father Ted’s ability to pastor his flock, decided that praying in front of the St. Elizabeth Seton statue at the parish that Sunday was the best way to bring peace and unity to the Catholic faithful in the area. What began as a few prayer warriors grew into more than 120 that day.

In the meantime, Bishop Doherty removed Father Ted from pastoral leadership at Seton. Fr. Ted would not become the pastor of the largest parish in the Diocese, Our Lady of Mount Carmel in Carmel as expected on August 19. So on July 5, the new administrator of St. Elizabeth Seton invited this group of non-Catholic protestors onto church property on the Sabbath, when the focus should be on God, Holy Mass, and prayer. They brought with them Black Lives Matter protestors carrying signs displaying foul language, sowing hate, and supporting BLM.

After 10 hours of prayer countering the protests, Bishop Doherty modified his language toward Father Ted and issued a new statement that countered his initial July 5 message at Seton indicating that he does not support the Black Lives Matter Worldwide Network or Antifa, recognizing much of their goals are antithetical to Catholic teaching and the Gospel of Jesus Christ.

CUP began with the intent of inspiring Catholics everywhere to uphold our beliefs and our right to express those beliefs. We must have the courage to speak up when we see organizations infringing on our beliefs. Equally important is the need to promote a culture where the dignity of every human person is safeguarded.

We are indeed delighted to update our supporters that Fr. Ted Rothrock’s priestly faculties were reinstated in late October 2020 and he was assigned to St. Paul’s Catholic Church in Marion, Indiana. We ask everyone to pray for Fr. Ted and his parish.