When the Son of Man Comes, WIll He Find Faith on Earth? 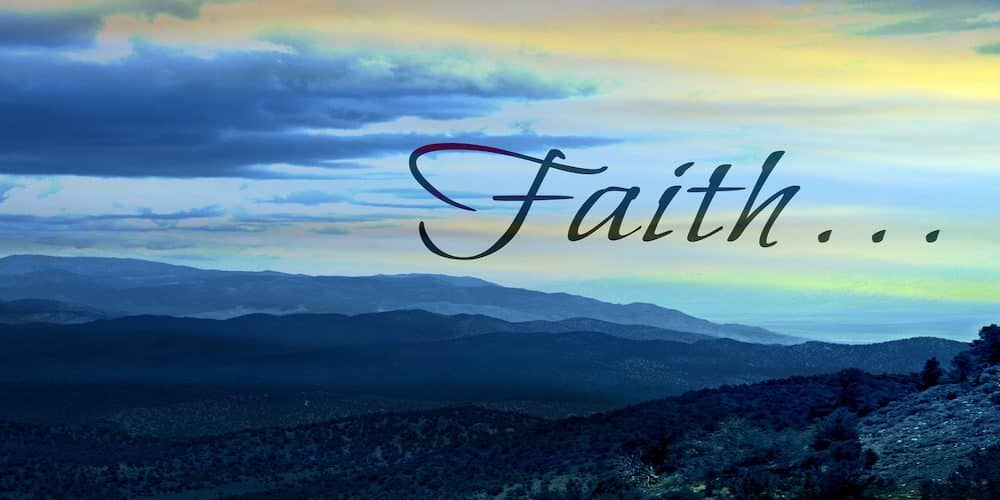 Throughout the Gospels, there is a consistent theme that Jesus exhorts His disciples to do.  That is: to pray without ceasing.  At many times during Jesus’ public ministry, it is recorded in Scripture that Jesus goes up on a high mountain to pray.  In Luke 18, Jesus tells his disciples about a parable and the necessity of prayer.  In the Parable of the Persistent Widow, there is a judge “who neither feared God nor respected any human being.”  Clearly, this judge recognizes his power and abuses it, especially in the encounter with this widow.  Ultimately, because the widow keeps coming back to the judge, he decides to deliver a just decision.  The judge sees himself as some sort of a god who can do whatever he wants and can get away with it.  What does Jesus say at the end of telling the parable? He says that those who come to Him will be heard and receive from the one who is just.  How does He know who comes to Him?  Through prayer and a relationship with Him.

What is the ultimate message of this parable?  The judge sees himself as powerful and clearly, he is.  But is our life on earth only about the senses and what we can perceive on earth?  The answer is no if we believe in the message of Jesus Christ.  Look at our culture in 2021: many people in our society perceive what we can see on earth as our ultimate end and final destination.  This judge in the parable believes the same; he did not have any regard for God or the dignity of human beings whom God created.  Sound familiar?  We have moral relativism, deism, abortion, euthanasia, and many other sins against God and human beings on full display today.  We cannot hide from this reality because it is obvious and this is the Truth.  Not a version of the Truth but the Truth.  It is easy to echo the same words that Jesus echoed at the end of this parable, “but when the Son of Man comes, will he find faith on the earth?” (Luke 18:8)

Recently, I read a book titled, “The World According to God: The Whole Truth About Life and Living” by F.X. Cronin.  Cronin had a reversion to the faith back in 2007 after living as an atheist, a deist, and an evangelical Protestant.  Cronin eloquently puts together systematically what drew him to Truth through logical thinking.  He starts with these questions: is it reasonable to believe in God?  And if so, does science and reason support this?  Then, he grapples with the question about Jesus and most controversially, the Truth about the Catholic Church. 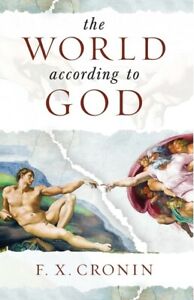 Cronin takes an approach that is easy to understand in our modern world and takes a logical approach to how he became convinced of Catholicism.  He presents the arguments of the existence of God that are not overly complex.  He breaks down the arguments that St. Thomas Aquinas presents on the existence of God and allows the reader to ponder the argument with the expectation the reader will dive deeper.  After presenting these arguments, he states that the belief in God is not only a matter of faith but a matter of fact: “Our beliefs may be our beliefs, but our beliefs cannot create God.  God is, or God is not.”  It’s very simple.  Either God exists or God does not.  Our beliefs cannot make God exist or not exist.  In many instances, it seems Cronin is talking to the reader as he emphasizes points by repeating them.

In speaking about the Church, he talks about the authority of the Church.  He states, “From the very beginning of the faith, the only church has been the Catholic Church.”  He goes on further, “The Church is one because that is the nature of truth.  The Church maintains absolute continuity in the deposit of faith—the core dogmas and teachings of the Church, from its very day to our time.” To many in our society, these statements are controversial because there is a claim of Truth and not just an opinion of the Truth.  To the modern ear, this statement seems like a bold claim, but Cronin presents his counterarguments and addresses them such that they are believable.  He describes the faith in a way that is simple and profound at the same time.  It makes his book easy to read for those searching for the Truth and also for those who want to dig deeper.

As we continue to dive deeper into our faith, let us remember the importance that prayer plays a part in our relationship with God.  Let us remain faithful to Christ and His Church as He promises to be with us until the end of the ages.