To Vaccinate or Not to Vaccinate, Will We Have A Choice?

Now that the vaccine is readily available to most age groups many Americans are deciding if getting a vaccine is something they want to do.  There is one thing for certain, the pandemic has brought divergent views on how to treat Coronavirus.  There are those who believe they must get vaccinated to be protected from the Coronavirus and to get back to normal everyday activity.  Then there are those who believe that doctors have more tools to use in fighting the Coronavirus and want to rely on certain vitamins and therapies and let their own immune system work.  There are those who also believe we are at herd immunity so vaccines are no longer important.  Then there are those who have a moral objection to the vaccine because of the tainting in the vaccine development, production or testing process by using aborted fetal cells.

Many Church leaders approve of the vaccine but there are some who disagree.  Pope John Paul II forcefully condemned any experimentation on embryos, declaring:

“No circumstance, no purpose, no law whatsoever can ever make licit an act which is intrinsically illicit, since it is contrary to the Law of God which is written in every human heart, knowable by reason itself, and proclaimed by the Church. This evaluation of the morality of abortion is to be applied also to the recent forms of intervention on human embryos which, although carried out for purposes legitimate in themselves, inevitably involve the killing of those embryos. This is the case with experimentation on embryos, which is becoming increasingly widespread in the field of biomedical research and is legally permitted in some countries. Although ‘one must uphold as licit procedures carried out on the human embryo which respect the life and integrity of the embryo and do not involve disproportionate risks for it, but rather are directed to its healing, the improvement of its condition of health, or its individual survival’, it must nonetheless be stated that the use of human embryos or fetuses as an object of experimentation constitutes a crime against their dignity as human beings who have a right to the same respect owed to a child once born, just as to every person. This moral condemnation also regards procedures that exploit living human embryos and fetuses-sometimes specifically ‘produced’ for this purpose by in vitro fertilization-either to be used as ‘biological material’ or as providers of organs or tissue for transplants in the treatment of certain diseases. The killing of innocent human creatures, even if carried out to help others, constitutes an absolutely unacceptable act.”

Bishop Schneider says, “The blood of murdered unborn children cries to God from vaccines and medicines which utilize their remains in any manner whatsoever. We have to make reparation for the accumulated crimes involved in their production

Arguably, there is much confusion within the USCCB on the use of the three approved COVID vaccines.  Regardless of one’s view of whether one should or should not receive the vaccination, each person should have the religious freedom to decline the vaccine for himself or herself and their children.

In America we have always had freedom of religion and even today, in Indiana, there is an exemption form for vaccines that citizens can use.  This form allows children, who are not vaccinated, to attend public schools. Indiana is accompanied by 44 other states that grant vaccine exemptions to students due to religious objections. 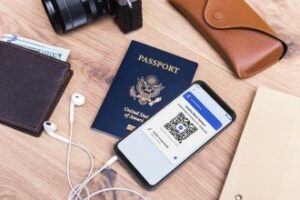 But, this might change when it comes to the latest vaccine.  The Biden administration is promoting that everyone must get vaccinated, and it is working with private companies like IBM to develop a common passport to be recognized by various venues and states.  IBM has created a digital verification platform for its passport (Excelsior Pass) for New York which one must have in order to attend certain public events and restaurants but ultimately could be required everywhere.

The passport system may seem innocent enough, but it also carries dangers Americans should question.  Making everyone have a passport to travel, work or attend certain public events also means those who do not have the passport are excluded.   This ‘passport’ system creates a two-tier system of those who have been vaccinated and those who have not been vaccinated.  The week of April 10, we discovered that only the COVID vaccinated can escape the island of St. Vincent’s volcano. We have even seen some churches divide their people into vaccinated and unvaccinated…like the clean and unclean. The two tier system is reminiscent of not just the Nazi’s star for the Jews but also of the Roman’s Leper colonies as well.  Those who do not hold a passport because they refuse vaccination will be segregated and be a type of leper.  Talk about history repeating itself. A vaccine passport would penalize those with religious and philosophical objections.  It would also disproportionately negatively affect minorities and low-income people where the rates of vaccination remain low.

The Chinese Communist party is working on a passport as well.  They already have a social credit system and a facial recognition system which allows them to track down anyone within 5 minutes.   Their social credit system is one that credits individuals who the Chinese government considers good while punishing those who do not live by Chinese imposed rules but instead question the motives of certain rules.  These Chinese citizens are shunned.  Shunning is all controlled through this system so the individual is no longer able to participate in certain opportunities.  One is even shunned by their own family members!  Families who associate with a shunned member will have their social credit score affected as well.  This system is a totalitarian system that currently controls Chinese citizens.  Just as China had a one child policy and promoted it through indoctrinating their citizens to such an extent many believed they were doing good by killing many babies for their country, the same propaganda is used to promote the social credit system as a good for all. 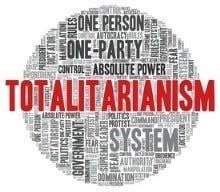 So why does the Chinese need a passport system?  Could it be so they can connect with other countries?

In America, a passport system will create a two-tier system, but could it also facilitate a global world of control?   If a majority of people have the passport and it is used as a platform to buy and sell…will it extend a social credit system within the vaccinated population?  Will Americans be manipulated, through government propaganda, to become like communist China all in the name of ‘health and a pseudo freedom’?  Will this passport be advertised as the ‘global passport’ that citizens of the world all must have?  This type of passport has already been rapidly implemented in Israel (“green passes”).  Vaccine passports are being implemented as well in Australia, Denmark and Sweden and are making their way into the United Kingdom and European Union.

Over and over, we see freedom of speech and freedom of religion being taken away through the cancel culture.  The vaccine passport could easily cancel one’s ability to buy, sell, travel and work and it could cancel our religious freedoms to object as well.

We must all be vigilant and push back on anything that reduces our freedoms.  Patrick Henry said, “The price of liberty is eternal vigilance.”  Now is the time!  We cannot be fooled into bowing to the propaganda of convenience and the comfort of a passport to achieve the so called ‘normal status’.  We should all have the liberty to choose whether to vaccinate or not.  PASSPORTS ARE NOT REQUIRED! 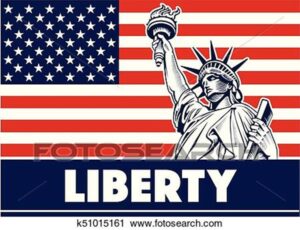 Now is the time to proactively call and email your Governor (https://www.usa.gov/state-governor)  in your state to do what Governor DeSantis did when he banned the notion of a vaccine passport in Florida.

This is not a conservative or a liberal issue.  It is about democracy.  It is about religious liberty.  If we allow our political leaders, or frankly, business leaders, to usher in mandates for the vaccine in order that citizens may gain access to services and venues we have fully embraced Totalitarianism.

Here is a video produced by Naomi Wolf, former advisor to Bill Clinton and CEO of DailyClout, a technology company, speaking more of the Orwellian plan of vaccine passports.