The Politics of Sex

Since the 1960s, political wars have been fought on cultural issues with sex being at the forefront of them.  The abandonment of religion and its morality has driven society to be influenced by human curiosity, fascination, and masochistic or sadistic tendencies related to sex.   Free of moral barriers, social activists have lobbied the government to replace religion as moral arbiter and institute relativistic laws to reshape morality away from Christian ethical virtues and towards individualist interests. Policymakers, lobbyists, power moguls, and anyone intent on using the “politics of sex” to influence people and decision-making have obliged. Sexual topics excite and trigger many immediate reactions in people; manipulation opportunities are ripe. Unfortunately, politicians can seize this opportunity to promote and enact laws that escape rigorous analysis, resulting in naive, ideological, and sometimes harmful outcomes. The creation and enactment of laws about some aspects of sexual behavior usually do not consider the ultimate consequences, which often create new issues and cause more significant harm and risk to those directly affected by them. Legal decisions ultimately reflect human motivation and behavior even if they purport loftier goals. Think about what the most significant social issues of our time – abortion, same-sex marriage, transgenderism, and the #MeToo movement – have in common.  They all relate to sex either as demand for free expression or as a tool to cancel those with whom one disagrees. In all these issues, rage and outrage prevail, often without rational thought, resulting in extreme decision-making. Laws enacted become less about protection and more about harnessing a point of view without thought of ultimate consequences to those affected. Myopia runs wild while people suffer the outcome. 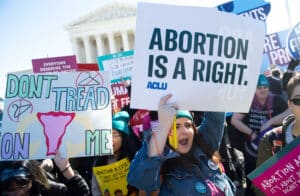 Abortion has become a “right” to kill an unborn without any limits, as proposed in the Women’s Health Protection Act, a radical piece of pro-abortion legislation that “codifies Roe v. Wade,” establishes a fundamental right to abortion on demand, and nullifies state pro-life laws across the country. (Fortunately, this piece of legislation was voted down.) Ross Douthat, writing for The New York Times, says: There is no way to seriously deny that abortion is a form of killing. At a less advanced stage of scientific understanding, it was possible to believe that the embryo or fetus was somehow inert or vegetative until so-called quickening, months into pregnancy. But we now know the embryo is not merely a cell with potential, like a sperm or ovum, or a constituent part of human tissue, like a skin cell. Rather, a distinct human organism comes into existence at conception, and every stage of your biological life, from infancy and childhood to middle age and beyond, is part of a single continuous process that began when you were just a zygote. We know from embryology, in other words, not Scripture or philosophy, that abortion kills a unique member of the species Homo sapiens, an act that in almost every other context is forbidden by the law. This means that the affirmative case for abortion rights is inherently exceptionalist, demanding a suspension of a principle that prevails in practically every other case. This does not automatically tell against it; exceptions as well as rules are part of law. But it means that there is a burden of proof on the pro-choice side to explain why in this case taking another human life is acceptable, indeed a protected right itself. The pro-abortion forces define abortion in terms of convenience or economic terms. What is hidden is that abortion allows the freedom to have more open sexual relations without taking responsibility for consequential pregnancies. Should such terms override the life of a person?

The issues of homosexuality are emotional and divisive.  They include same-sex marriage, adoption by homosexuals, and several other issues. Yes, homosexuals are people and they deserve to be treated with dignity and respect.  Such respect for the person, however, does not extend to homosexual activity. Two people engaging in immoral sex acts in absolute privacy is one thing; coming out of the closet with one’s vices and demanding equal rights is another. When someone’s behavior becomes public knowledge, it becomes the public’s business, and the public acquires the right to legislate against that behavior if it is deemed advisable. The homosexual lobby demands that homosexual activity not only be accepted and treated as normal but glorified. For centuries, homosexual activity has been considered a negative deviation from the reasonable heterosexual norm. If we condone homosexual deviations then why shouldn’t we allow other aberrant people their particular deviations? The homosexual lobby also insists they be treated just like heterosexual people who marry and have kids. The truth is that they are not the same.  Since ancient times, marriage was derived from the holy bible where God established the unity of the first man and woman: “Therefore shall a man leave his father and his mother, and shall cleave unto his wife: and they shall be one flesh” (Gen. 2:24). God made it clear that marriage is supposed to be holy and should be treated with respect. Jesus confirmed the holiness of marriage in the New Testament with the following words, “Wherefore they are no more twain, but one flesh. What, therefore, God hath joined together, let not man put apart” (Matt. 19:5). Marriage aims to solidify the union of two people and fulfill another divine purpose – to have children raised as God-fearing and kind. Lately, adults grooming young sexually confused people into thinking homosexual activity is becoming trendy. These adults are taking advantage of the young and confused giving them false hope. Again, sexual desires are overriding morality in search of pleasure. Love is love, they claim. If you love your parents or your sibling or your baby or your pet dog are you going to have sex with them? Different types of love objects and different types of love warrant different behaviors. Love doesn’t justify immoral sexual activity. 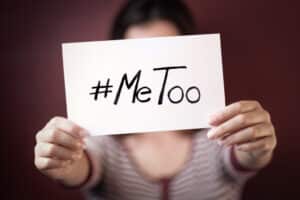 In many cases, #MeToo has shed light on the realities of sexism and sexually inappropriate and abusive behavior toward women. Power dynamics, with their intent to oppress, are morally reprehensible, and the U.S. Constitution affirms the rights of all people. However, when the political pendulum swings heavily in one direction, it also brings opportunities for abuse and its initial noble goal is used as a punishing tool, eliminating in the process the rights of the accused. As a consequence of this movement, some men are increasingly unsure about the line between playful banter at work and inappropriate comments. Other men contend that they are being passed up for promotion based on gender or race. Universities present many examples of using #MeToo as a tool to remove faculty that does not toe the ideological line of their leadership.  They sift through their targeted faculty history to find a rationale to fire them; they usually can exaggerate a professor’s prior relationships to make them exit.

After the Supreme Court ratified same-sex unions including in the definition of liberty the right of people “to define and express their identity”, the LGBT movement took it as a right to decide one’s gender and thus a right to embrace an alternate lifestyle. Transgenderism refutes the natural laws of biology and transmutes human nature. The movement’s philosophical foundation qualifies it as a popular delusion, but one that is growing among teenage girls, especially. The transgender delusion, like most delusions, is characterized by a false belief unsupported by scientific or empirical evidence and has a contagious quality that overrides rational thinking and common sense, easily influenced and spread by social media. Tragically, people suffering from identity issues do not receive the help they need. Instead, they are made worse in their confusion by postmodern relativism, in which there are no universal or transcendent values, only social and cultural conventions. The doctrine as applied to gender asserts that gender—male or female sex—is merely a social construct, not a biological fact, and subject to change according to one’s desire. People can be of any gender they choose, an “alternate gender,” or even opt-out of the entire gender construct. As it relates to their sexual desires, studies have shown that transgender individuals have a variety of sexual partners and may change sexual preference when they transition. These studies also show that transitioning can be associated with having no primary sexual partner, despite past sexual partnerships and that starting the transition might be associated with changing sexual partner preference, particularly in transgender women.

Man, Woman, and the Family 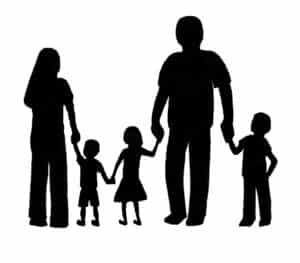 Scott Yenor, a Professor of Political Science at Boise State University, wrote a comprehensive report on these issues for The Heritage Foundation. The report “Sex, Gender, and the Origin of the Culture Wars: An Intellectual History” gives a history of these cultural issues. Yenor claims that the Sexual Revolution of the 1960s that extended to the 1990s and today has been a “spiraling revolution in which what had seemed natural and possibly also crucial to human identity is alleged to be extraneous, accidental, and repressive. From this revolution proceeds another level of confusion about extending marriage to same-sex couples, gendered pronouns, transgender issues about the use of public restrooms and locker rooms, the importance of fidelity to marriage, and any number of additional permutations of such issues.” He holds the sexual revolution responsible for influencing the creation of many new laws and the negative changes in family life: This revolution has required ongoing readjustment on the part of government, as well as in public mores and even in the conception of language. It gives rise to new opinions and sentiments, suggests new concepts, and modifies every aspect of life within the sphere of personal relations. Many facets of family life have been roiled by the feminist effort to separate sex from gender and subsequent efforts to create a world beyond gender and without preconceived roles. In addition, the supposedly objective application of liberationist science identifies even more socially constructed distinctions. Since society manufactures gender difference, the theory goes, gender can be unmade and remade by properly reconstructing society. This is the foundation of a world built on the liberation of the individual and the freedom to create an identity without social or biological constraints. Without a doubt, these culture wars, based on human sexual desires, have influenced the idea of the roles of man and woman, weakened the nuclear family, celebrated non-monogamous sexual experiences, pushed abortion as a “reproductive right” to free women from such “obligation”, and separated sex from gender to eliminate the patriarchy. Along the way, religion has been seen as an adversary, making it a target to be crushed by suppressing religious liberty and free speech. Our society is finally waking up to the consequences of these subversive ideas.  For the last several years, there has been an increasing cry for a fresh move of God in our country, for a new spiritual awakening. Is it coming? Could we see America shaken by the Word and the Spirit? The Lord knows how desperately we need it. Dr. Michael Brown, in his book “Saving a Sick America: A prescription for Moral and Cultural Transformation”, shares his deep and fervent hope that another great awakening could be at hand, something that could rock our nation from coast to coast. Let’s prepare with prayer and devotion to our God that evil is rooted out and the Christian virtues reign again.