The Origin of the Me Culture 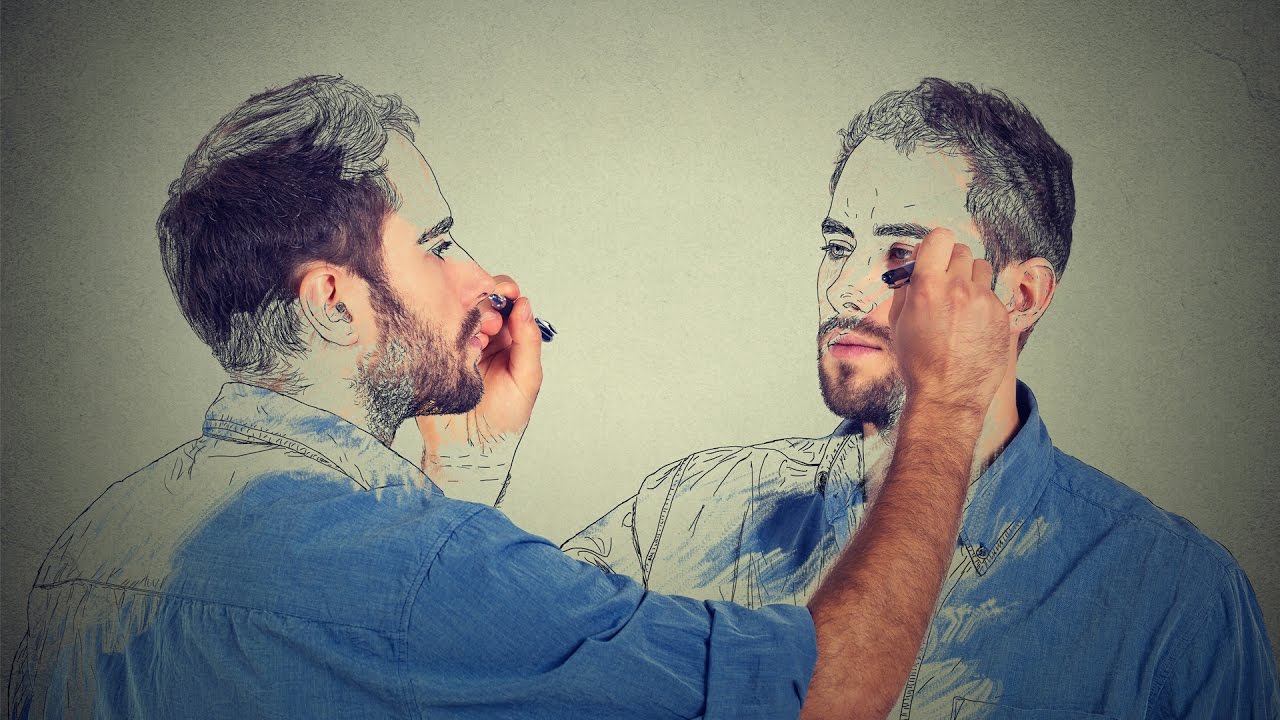 With each passing year, it can seem that cultural developments are only getting worse. Messages like “Live Your Truth” and “You Do You” are a rejection of God’s authority over creation and that we have been created in His image. As the culture has become more detached from Christian morality and more towards individualism and the search for self-indulgence, I have often wondered how we got here.  Like many others, I blamed the sexual revolution of the 1960s. 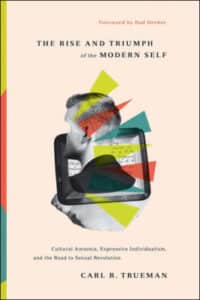 In what may be one of the most consequential books of 2021, The Rise and Triumph of the Modern Self: Cultural Amnesia, Expressive Individualism, and the Road to Sexual Revolution, Carl Trueman explains the origins, which, he believes, go back a long time.  Trueman is not Catholic; he is a Presbyterian minister, theologian, and church historian who was encouraged by Rod Dreher, a Catholic columnist and author of the books “The Benedict Option” and Live Not by Lies.” Trueman’s book applies to all Christians.

In his book, Trueman describes how the search for the Self has led us to question God, to redefine truth into “my truth”, to equate happiness with pleasure, and combined, make the individual their god.

This cultural shift, Trueman says, has been occurring for some time. Consider the phrase: “I am a woman trapped in a man’s body.” While we have grown accustomed to hearing it in recent years, it is a phrase that would have been incomprehensible to people just several years ago.

What has happened in recent decades to make that phrase make sense? What has happened to make it so normal that to deny it today is to be marked as a behind-the-times bigot? Trueman is convinced that, as much as we might attribute the phrase to the sexual revolution, the changes we have seen in sexual mores since the 1960s are symptomatic of the deeper changes “in how we think of the purpose of life, the meaning of happiness, and what actually constitutes people’s sense of who they are and what they are for.”

But to understand how a man can believe he is a woman trapped in a man’s body we must understand “how and why a certain notion of the self has come to dominate the culture of the West [and] why this self finds its most obvious manifestation in the transformation of sexual mores.” He further considers “what the wider implications of this transformation are and may well be in the future.”

Think of what the current culture believes about the self. Whereas traditional philosophy found in the writings of Plato, Kant, and many religious thinkers, define the self as an immortal soul that transcends the physical being, the modern idea of the self is closely identified with inner psychological thoughts and feelings and personhood is equated with self-consciousness.

This new thinking of the self makes trans ideology plausible.  It also justifies thinking of babies in the womb and people suffering from dementia in nonpersonal ways and thus as not possessing rights, therefore making abortion and euthanasia morally justifiable.

If morality, as defined by Christianity and many other religions, is thrown aside and replaced by whatever the latest cultural tastes best suit the individual (“Just Do It”), then what is morally right or wrong is now essentially a statement of cultural preference and utilitarianism. Whatever makes individuals happy is the dominant morality. Happiness derived from this modern philosophy is ethereal and produces long term depression, sadness, use of drugs in the search for lost happiness, and sometimes ends in suicide.   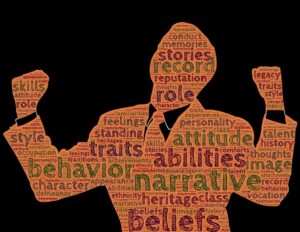 Trueman delves into the influential writings of Western philosophers in the Eighteenth, Nineteenth, and Twentieth centuries for clues on the origins of the re-definition of the Self.

He looks back at the writings of Jean-Jacques Rousseau and prominent poets of the Romantic era as the early beginning of the ‘psychologizing of the self’ – how understandings of the self moved to focus on what we find inside ourselves.

These early notions of the self were advanced by the world-changing ideas of Friedrich Nietzsche, Karl Marx, and Charles Darwin who each “in their different ways provided conceptual justification for rejecting the notion of human nature and thus paved the way for the plausibility of the idea that human beings are plastic creatures with no fixed identity founded on an intrinsic and ineradicable essence.”

These philosophers promoted the view that our true self is squashed by oppressive external forces – such as the ethics and expectations of society – and so we must find freedom by throwing those off. Other thinkers proposed understandings of society that supported the view of it as an oppressor and they also undermined the idea that there is anything meaningful about human selfhood such that it should be allowed to direct how we live.

Then came Sigmund Freud through whom psychology became sexualized and his followers through whom sexuality became politicized. Freud taught that humans are, in essence, sexual creatures and, therefore, defined by our sexual proclivities. Freud viewed sex, not as a matter of activity, but as a matter of identity. If before Freud sex was about doing what made you happy, after Freud sex was about being your authentic self.

Wilhelm Reich, Herbert Marcuse, and other Freudian followers viewed this new thinking through a Marxist framework that saw traditional sexual norms as the marks of an oppressive patriarchy bent on maintaining its power. To resist the patriarchy would require total sexual freedom and self-definition.

If through Rousseau identity became psychologized, then through Freud psychology (and thus identity) become sexualized, and through Reich and Marcuse identity (and thus sex) became politicized.

Central to Trueman’s research is the work of Philip Rieff, Charles Taylor, and to a lesser extent, Alasdair McIntyre with their own concepts like “the triumph of the therapeutic,” “psychological man,” “anti-culture,” and “social imaginary.”  Trueman demonstrates that it was Rieff, especially, who brought these concepts to our modern man on a more concise level. 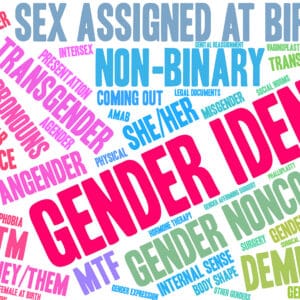 Think of what the triumph of Transgenderism means. Trueman thinks is a near-complete overthrow of all traditional understandings of sex, sexuality, and even humanity. “Transgenderism is a symptom, not a cause. It is not the reason why gender categories are now so confused; it is rather a function of a world in which the collapse of metaphysics and of stable discourse has created such chaos that not even the most basic of binaries, that between male and female, can any longer lay claim to meaningful objective status. And the roots of this pathology lie deep within the intellectual traditions of the West.”  As Catholics, we can add that it is also the failure, especially since Vatican II, of the Church hierarchy to adhere to and the Faith taught by the Church Fathers.

In an interview, when asked about the challenges Christians face in the coming years as a result of the triumph of these new concepts of humanity and how we can prepare for it, Trueman said:

In a world of expressive individualism, it is inevitable that not all expressions of the self can coexist. We already know this: if I wanted to express myself by, say, harming someone else, that would not be tolerated, and rightly so. And so, somebody has to determine which identities are approved, which are tolerated, and which are outlawed. Given that traditional Christian morality outlaws certain sexual acts that are now considered central to certain identities (e.g., homosexuality), it is inevitable that as the LGBTQ+ movement becomes increasingly powerful as a social and cultural force, Christianity will be increasingly marginalized and perhaps even outlawed.

How do we prepare for this? Teach (and learn) the whole counsel of God. And form strong church communities. We need both the social support systems such things provide and the constant reminder through Word and sacrament that God is sovereign, that He has promised to bring the church safely home, and that He who is with us is greater than all the forces that are against us.

The sections of the book build off one another’s arguments, resulting in a moral ecology where “the only moral criterion that can be applied to behavior is whether it conduces to the feeling of well-being in the individuals concerned. Ethics, therefore, becomes a function of feeling.”  No longer God’s morality is the basis of ethics. The Catholic Church has traditionally functioned as the authority on how to live in accordance to God’s will, but our Bishops have done little to protects us from these attacks on morality.

Don’t you sometimes think our culture has gone mad? Yes, but while its insanity is irrational, it is not illogical. Trueman has convincingly shown why we are in the place we are as a culture. Unfortunately, the book does not have sufficient recommendations on how to defeat the moral absurdity of secular individualism and re-establish Christian morality. Trueman’s recommendation to form strong church communities is a start and aligns with the mission of CUP.