The Errors of Critical Race Theory

by Raul Zavaleta | Apr 21, 2021 | CUP Blog, Preservation of Religious Liberty (and Other), Sanctity of Life | 0 comments

The narrative preferred by the mainstream media and academia when it comes to racial inequality has for years been that America is bad, founded on land stolen from the natives, and built on the back of slaves.  That exaggerated narrative allows activists to use guilt, specifically “white guilt”, to demand “social justice.”  The biggest user of this narrative is Critical Race Theory, a theory now being implemented in schools, and adopted by corporations and even the US military.

You can learn a lot about Critical Race Theory from several books, but here is a primer. 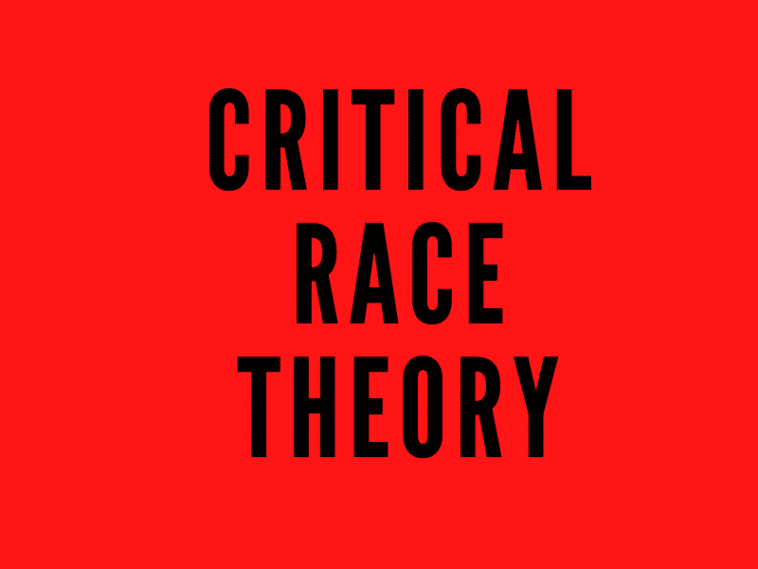 Since white people cannot avoid being racist because they are white – no matter how young or old they are  – they must become “anti-racist.”  Implementing this divisive practice leads to terrible scenarios.  For example, Los Angeles private institution Brentwood School recently announced plans to segregate parent-teacher meetings by race as part of its – ironically called – “Inclusive Excellence Racial Equity” initiative. White parents will meet with White teachers, Black parents will meet with Black teachers, Latino parents with Latino teachers. I cannot even imagine what the school does with interracial families, will mom and dad separate in the name of progress?

Steve J, a Black blogger, has written a piece in Level denouncing anti-Racist efforts as “troublingly Racist”: He comments on these two examples:

These children aren’t learning to look beyond their superficial differences. They aren’t learning the importance of treating others with compassion. They’re being taught, at eight years old, that the most fundamental aspects of who they are will forever mark them as “oppressor” or “oppressed.” They’re learning to think of each other as a collection of labels instead of complex human beings. They’ll likely carry the hangover of this “education” for the rest of their lives.

He does not hold those “allies” pushing these beliefs on our young people in good stead:

Watching these “allies” blunder their way around the anti-racism landscape feels like watching a toddler trying to perform open-heart surgery. The stakes are too high. The mistakes are too costly.

If a child had an idea this asinine, it would be easier to cope. You could explain in clear, age-appropriate language why racial segregation is not the best path to “inclusive excellence.” You could point out that while some parents may have issues directly related to their race, preventing other parents and teachers from hearing them is likely to make those problems worse. You could remind them in your gentlest, most tender-hearted voice that classifying people by race promotes racism, rather than — what was it again? Oh yes, INCLUSIVE EXCELLENCE AND RACIAL EQUITY.

Do we really believe that by voluntarily segregating the country we will achieve “inclusive excellence and racial equity?”

Segregation is already becoming popular on modern college campuses. Many schools, such as New York University, have been besieged with demands for racially segregated student housing, despite that being likely illegal. Columbia University is now offering segregated graduation ceremonies for various racial and gender identity groups. Though Columbia, an Ivy League school, insists these segregated ceremonies are voluntary and in addition to the larger, integrated ceremony, who is to say it will continue that way?

Such ideas are coming to corporate America, too. Open up an app for food-delivery services, such as Uber Eats, and you will likely see a section for “black-owned businesses.”

Are we now going to start choosing our dinner by racial group rather than by cuisine?

Let’s talk about Racial Equity.  Whereas Equality implies equal opportunity, Equity implies equal outcomes. Equality means something simple and easy to implement: the protection of the rights of all individuals, along with the invasion of none of those rights. Equity means something different; it means that for each group to receive the same outcome as every other group, it must enforce it through the imposition of tribalism over individualism, infringing along the way on individual rights.

This theory is filled with errors.  Let me point out a few.

This philosophy is unbelievably naïve. All human groupings will achieve differential outcomes. If you randomly form groups in any crowded room, the result will be unequal income distribution, criminal records, educational histories. When culture takes a hand, disparities can be more deeply rooted than random chance. Discrimination would still not be the cause of such disparity. As a basic logical matter, discrimination is not the cause of all disparity.

Differences exist even among racial groups.  Take, for example, Nigerian Americans.  Yes, they are Black, but they also have more post-graduate degrees than any other racial or ethnic groups in the Unites States. Albeit they represent a small portion of the U.S. population, 37 percent of them hold a bachelor’s degree and 17 percent a master’s degree. 29 percent of Nigerian Americans aged 25 and plus, have a graduate degree, compared to 11 percent of the US population. Nigerian accounts for less than 1 percent of the black population in the United States, yet they make up nearly 25 percent of all Black students at Harvard Business School. It comes to no surprise that Nigerian-Americans’ achievements in the world of education top any other U.S. immigrant groups, including Asian-Americans. Today, a growing number of Nigerian Americans are entrepreneurs, CEOs, and founders of tech companies across the U.S. and abroad. A big part of their success is the high expectations Nigerian parents put on their children.

Our parents, teachers and those close to us have a way of modifying our behaviors. While positive and high expectations can drive one to tackle the tallest mountains, the lack of expectations or negative ones may lead one to despair. 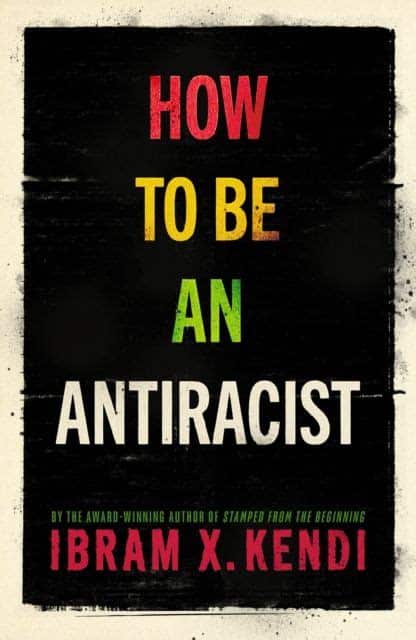 Racial Equity is biased and selective. The 2016 US Olympic basketball team was entirely composed of Black players.  Should the team, in search of racial equity, had been composed of percentages equivalent to the population? Why don’t we apply racial equity here? And for, that matter, to the NBA, whose ethnic composition in 2020 was 16.9% White and 74.2% Black. Where are the cries for racial equity? I look at it that the NBA is a meritocracy, and the best players are making the teams.

Racial Equity is not just though it pretends to promote justice because it attributes malice to those who have none; it fosters policy that actively discriminates, supposedly in order to alleviate unproven discrimination. Kendi himself explains: “The defining question is whether the discrimination is creating equity or inequity. If discrimination is creating equity, then it is antiracist. If discrimination is creating inequity, then it is racist.” For example, the Buffalo Public Schools have adopted fashionable pedagogies designed to have “culturally responsive teaching,” “equity based instructional strategies,” and an “emancipatory curriculum.”  This new curriculum teaches young students that “all white people play a part in perpetuating systemic racism” and that “often unconsciously, white elites work to perpetuate racism through politics, law, education, and the media.” For a dismally performing school system, these pedagogic changes give no hope of improving the performance of its students. 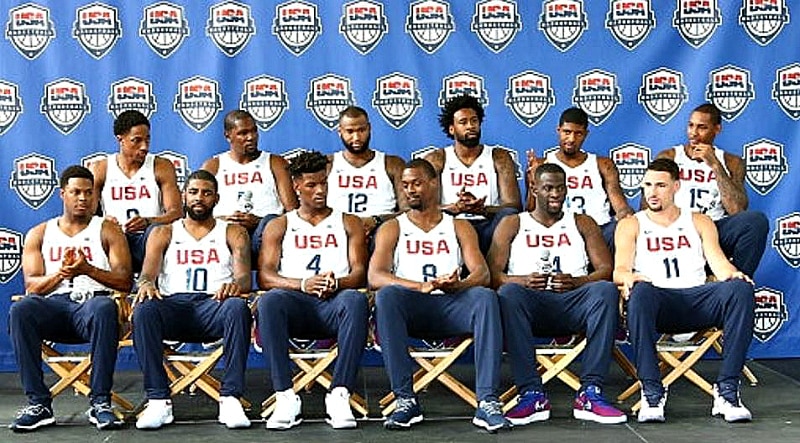 Ultimately, the demands for Racial Equity diminishes the value of Black people.  In a powerful essay by Glenn Loury, “Unspeakable Truths about Racial Inequality in America”, published by Quillette, he begins, “I am a black American intellectual living in an age of persistent racial inequality in my country. As a black man I feel compelled to represent the interests of ‘my people.’ (But that reference is not unambiguous!) As an intellectual, I feel that I must seek out the truth and speak such truths as I am given to know. As an American, at this critical moment of ‘racial reckoning,’ I feel that imperative all the more urgently.”

Through the essay, Loury repeatedly calls out the anti-intellectual tactics of blacks and whites who do not so much argue about racial inequality as intimidate people into going along with their points of view. I urge you to read the entire essay.

He concludes his essay this way:

Here, then, is my final unspeakable truth, which I utter now in defiance of “cancel culture”: If we blacks want to walk with dignity—if we want to be truly equal—then we must realize that white people cannot give us equality. We actually have to actually earn equal status. Please don’t cancel me just yet, because I am on the side of black people here. But I feel obliged to report that equality of dignity, equality of standing, equality of honor, of security in one’s position in society, equality of being able to command the respect of others—this is not something that can be simply handed over. Rather, it is something that one has to wrest from a cruel and indifferent world with hard work, with our bare hands, inspired by the example of our enslaved and newly freed ancestors. We have to make ourselves equal. No one can do it for us.