The Equality Act must be stopped.  It’s an attempt to make man equal to God by allowing man through the government, to redefine our Christian society as we know it.  This is the ultimate in ‘cancel’ culture as it will cancel our first amendment rights of free speech, freedom of religion, and conscience rights. 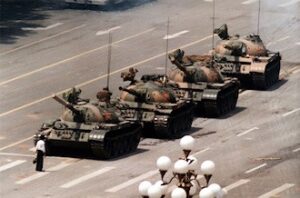 Over the years, court decisions such as the legalization of abortion and more recently legalization of same sex marriage have chipped away at Christianity. Despite these setbacks, Christians could count on their conscience rights and religious freedom to protect themselves from repercussions from these laws.  The Equality Act will take a hammer to our country’s Judeo-Christian foundations and Constitutional rights and freedoms. This legislation is like a tank running over our rights.

The Equality Act will authorize the federal and local agencies to demand correct thought and action at  work, school and church.  It will require the ‘incense’ to Caesar in order to properly live in the new America. Do you think this is an exaggeration?

This legislation threatens all we hold dear as people of faith. Throughout history all recognized two sexes, male and female and Christians recognized a God who created them male and female.  We will be told not only how we are to believe but those new beliefs will be reinforced in our daily lives.

The Equality Act also ignores the reality of science.  Science affirmed the sexes as XY or XX but this legislation is allowing subjective thought to rule over objective reality.  In so doing this Act ‘reimagines’ man and our society. This law no longer follows objective truth, instead it allows for a new creation, a new world.

The reimagined world will be one that renders biology meaningless.  It codifies into law that you’re a bigot at best and a criminal at worst if you believe God and His biology, not gender identity, determine sex.  The government will be empowered to persuade all to go along with this redefinition and media and big tech will oblige and ease the way for the destruction of what Christians throughout the centuries have always believed.   It will make it difficult to live as a Christian in America. As C.S. Lewis wrote in the Abolition of Man, “For the power of Man to make himself what he pleases means, as we have seen, the power of some men to make other men what they please…”  Ultimately, he writes, “Man’s final conquest has proved to be the abolition of Man.”

Ultimately, it makes the government god and cancels our rights as Christian people.

As the Act is currently written, it will designate anywhere that the public gathers, like schools, healthcare organizations, private establishments and even possibly churches as ‘public accommodations’ and as such any institution will be forced to accept government positions and mandates about sexual orientation and gender identity.  This Act would be highly invasive and wide-ranging, mollifying people’s First Amendment rights and threatening every day speech, parental rights, with consequences that result in people being fined, or losing their jobs for using the wrong name or pronoun.

The Equality Act also aims to limit faith-based exemptions to nondiscrimination policy. Although it would leave in place the religious exemptions written into existing civil rights laws, it would prevent faith groups from using the Religious Freedom Restoration Act to fight for additional adjustments or defend themselves from discrimination-related lawsuits.   “The Religious Freedom Restoration Act of 1993 shall not provide …a basis for challenging the application or enforcement” of this law, the Equality Act reads.

Healthcare will be affected and limited to what the government decides is proper medicine.  It will require doctors, regardless of their conscientious objection or best medical judgement, to perform irreversible gender-transition procedures on all including minors.  Puberty blockers and cross-sex hormones will be easily accessible for all, including children.  These hormones can have serious health effects, yet, doctors will be required to give to the children who want them without parental consent. Parents will no longer have a say in how to treat their child; instead, the medical professional will reinforce the child’s view and provide the medical procedure to enable that view.

The Equality Act will require a ban on any counseling intended to help children with gender dysphoria.  Given that 80-95% of children eventually come to identify with their biological sex if they do not undergo social transition, employing federal law to ban counseling for children is a mistake.

Our schools’ curriculum will be affected also.  The bill ultimately, could lead to a nationwide mandate to incorporate sexual orientation and gender identity into the curriculum.  A number of states already use similar curriculum including graphic and age-inappropriate sex education for children as young as kindergarten and requiring the inclusion of LGBT history!  Locally we already see the incorporation of transgender information in our schools.  Just last week the Westfield school board heard about these books that introduce transgender ideology in their schools.

We would also see the Act affect children at school in other ways.  It would mandate that students who identify as transgender can access the opposite sex’s restrooms, locker rooms and showers, and allow biological males to compete in girls’ sports.  We could see added to anti-bullying programs a requirement that all teachers and students must use the preferred names and pronouns of those who identify as transgender.

Adoption, foster care and parental rights will be affected mandating a change in the child welfare system.  Faith-based adoption and foster care providers would risk losing federal funds if they decline to place children with same sex couples.  This denial of funds in turn may lead to these providers being forced to close, displacing thousands of children and further straining the system.  Foster parents could also be required to affirm a foster child’s stated gender identity and barred from any efforts to help a child with gender dysphoria.  There will be no agency able to make sure a foster or adopted child always has a mother and a father.  Again, we’ve seen these fights at the state level but the Equality Act will legalize these issues for the whole country.

The government will become the new “morality police,” dictating to churches and other faith-based institutions who they can hire and how their facilities must be run, dictating to corporate human resource departments what is acceptable language and what is not, dictating to parents what we can teach our children so they can be accepted into our new reimagined society.

The Equality Act will create an onslaught of lawsuits with churches, businesses, non-profits, and parents being prosecuted if they don’t fall lock-step into a view of human sexuality that directly contradicts orthodox biblical teaching. Disagreement on important moral and biological issues is not discrimination but the Equality Act turns intellectual and moral debate into “hate” punishable by both state and federal governments. 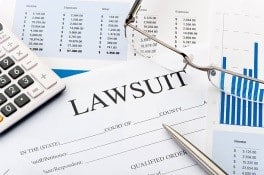 key Republican Senators are being targeted and subjected to immense pressure to compromise their moral beliefs about gender identity. Huge money is pouring into advertising and marketing to these Senators.  Socialist and progressive organizations are using the most advanced digital marketing techniques and strategies.  Many believe the filibuster will be honored but I do not trust Senator Chuck Schumer will honor it.  He could introduce the bill when no one is there and pass it without objections.

The Equality Act cancels Christian people in America.  It is like a tank running over our rights. Please we need everyone to call your Senators and let your voices be heard!

“I live in the Managerial Age, in a world of ‘Admin.’ The greatest evil is not now done in those sordid ‘dens of crime’ that Dickens loved to paint. It is not done even in concentration camps and labor camps. In those we see its final result. But it is conceived and ordered (moved, seconded, carried, and minuted) in clean, carpeted, warmed, and well-lighted offices, by quiet men with white collars and cut fingernails and smooth-shaven cheeks who do not need to raise their voice. Hence, naturally enough, my symbol for Hell is something like the bureaucracy of a police state or the offices of a thoroughly nasty business concern.”