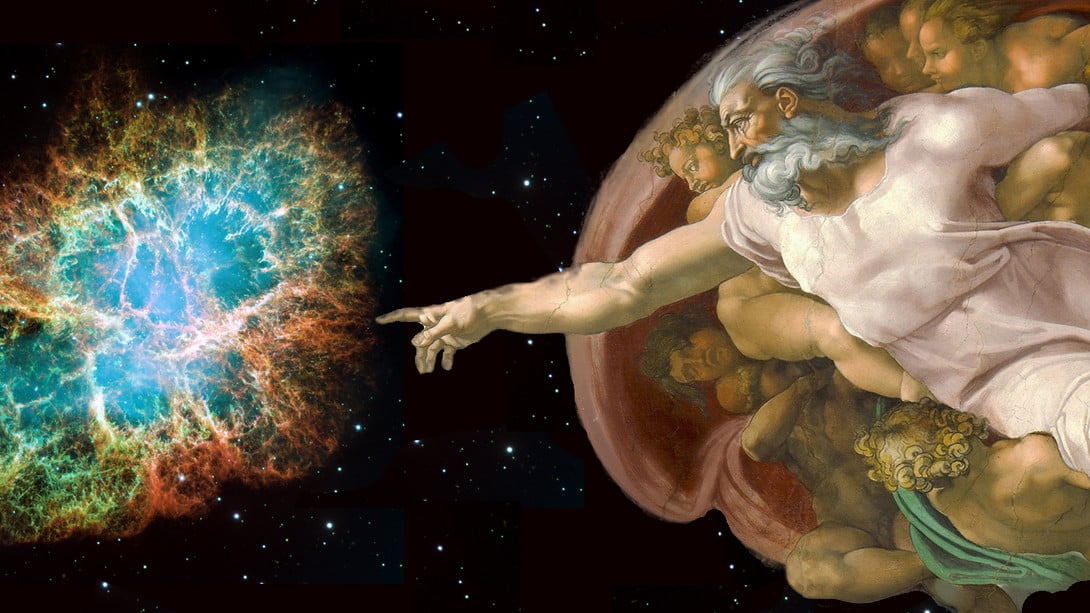 The pandemic brought out in the open the disdain some people have for religious beliefs. Anti-religion activists used the pandemic to restrict gatherings that have wreaked havoc with church attendance and community. They were “following the science.”

Like most of you, I miss the physical contact with friends and family.  I dislike very much the hesitancy that exists when being introduced to a new person, especially when I am not wearing a mask and the new person is wearing one. The questions arise: will he ignore my offer of a handshake? Will he just want to bump elbows? Or will he simply wave? 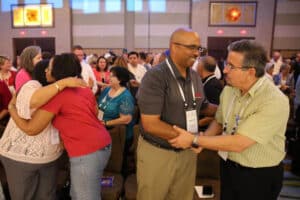 I miss the shaking of hands during Mass to offer peace; it is an integral part of the community of Christ.

I am more forward with friends and family when it comes to hugs, I give them freely. I do hesitate with relatives I have not seen in a while that I know have progressive tendencies. It makes for an awkward situation.

Scientists may see this moment as an opportunity to advance technology to fill the gap brought about by social distancing.  That would not be good. Andrew Wold, a neuroscientist at Linköping university hospital in Sweden, has written an essay in Aeon, lamenting the possibility of this technology developing. He describes what “Haptics” technology is pursuing to assist people with certain disabilities – a good thing – but how the technology is bending towards making Haptics available to the general public.

Haptic devices aimed at addressing a genuine medical need, or for entertainment and novelty, seem appropriate and even fun. However, we believe it’s important to stay vigilant – any technology that changes the norms of our social interactions could have unintended consequences.

We all know that touching plays an important role in social interaction; there simply is no replacement and I doubt technology can replace such a fundamental part of being human. The current panic over contact for fear of getting infected with Covid, hopefully, will die down and we will again rediscover the joy of physical closeness.

Mr. Wold also worries about the effect technology can have in our interactions:

There’s a danger that if and when we start to replace it with technological devices, we could end up reducing our real human touch situations even more, as is already happening for other forms of communication. After all, some of us have replaced actual conversations with sending emails or texts back and forth, so many now talk less. If we can send electronic hugs, won’t we end up hugging less too?

The opposite can also be true.  Not only could technology change social touch, but also people could adapt to the devices. Mr. Wold wonders:

Do you fear the day when you attempt to console your child only to have her turn to a device that can comfort her in a way you couldn’t even conceive of? Perhaps you should. With the rise of touch-replacement technology, socially distanced lives could become permanent, and we might end up with even greater levels of isolation than today. 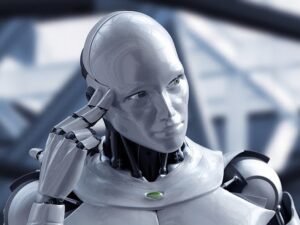 Recent advances in robotics and Artificial Intelligence (AI) has scientist hinting at the possibility of machines becoming sentient. It made me think about consciousness – something we often take for granted. Humans, despite some recent elegant descriptions of animal behavior, are the only beings with consciousness.

In reality, despite millennia of analyses, definitions, explanations, and debates by philosophers and scientists, consciousness remains puzzling, controversial, and without a universally agreed-upon definition.

Science has made great strides in studying the brain, and no one doubts that brains enable consciousness. Scientists have figured out what sorts of brain activity are associated with what sorts of conscious experience. But they fail to understand why it occurs at all.

This is what David Chalmers called the ‘hard problem’ of consciousness – the puzzle of how non-conscious matter, responding only to the laws of physics, gives rise to conscious experience (in contrast to the ‘easy problems’ of figuring out which sorts of brain activity are associated with which specific mental states). The existence of minds is the most serious affront to physicalism – the doctrine that the real world consists simply of the physical world. So, believers of physicalism think that, with an additional understanding of the science of the brain, we should eventually get sentient machines.

There are opposing views. Keith Frankish, a philosopher at the University of Sheffield, believes consciousness is an illusion; he describes the conscious experience as “a fiction written by our brains in order to help us track the impact that the world makes on us”.

Yes, science has provided humanity with an incredible understanding of our physical world. Materialist science is attempting to prove that consciousness is merely a byproduct of neurons firing in your brain, and inseparable from the physical body. Humanity has discovered many things through science to explain them, but there are many unknowns still.

Although some scientists may want us to think that as we make more scientific discoveries, scientists become more apart from God, that is not true. Some of the greatest scientific minds in history believed in God.  Albert Einstein said:

“Everyone who is seriously committed to the cultivation of science becomes convinced that in all the laws of the universe is manifest a spirit vastly superior to man, and to which we with our powers must feel humble.”

“My utmost respect and admiration to all the engineers, especially the greatest of them all: God.”

Yet, some people encourage scientists to play the role of God.

The emergence of CRISPR (Clustered Regularly Interspaced Short Palindromic Repeats)-Cas9 technology, has spawned a revolution on gene editing tools bringing with it fundamental ethical issues. The potential benefits of such revolutionary tools are endless, but there are also associated risks raising moral concerns.

When science operates independently of religion, scientists and their backers become so utilitarian preoccupied mainly with whether or not they can do something that they never stop to think if they should.

What can science tell you about ethics, beauty, what is good, what is true?

Science may answer “how” questions, but can never answer “why” questions:

He believes that science is a gift of God.

Ervin Laszlo, a philosopher and systems scientist, is one of many thinkers who proposes the idea of cosmic consciousness, describing it as a web that connects the entire universe. He believes this field manifests locally in the human brain, theoretically meaning that the brain can connect to the consciousness of the entire universe. He calls this deep dimension of consciousness the Akashic Field, borrowing the term from ancient Hindu philosophy. In support of this theory, he presents numerous case studies of near-death experiences, after-death communication, and recollections of past lives.

“Once we saturate the matter and energy in the universe with intelligence, it will ‘wake up,’ be conscious, and sublimely intelligent. That’s about as close to God as I can imagine.” —Ray Kurzweil

Could it be that science is leading us to eventually prove that there is a God?