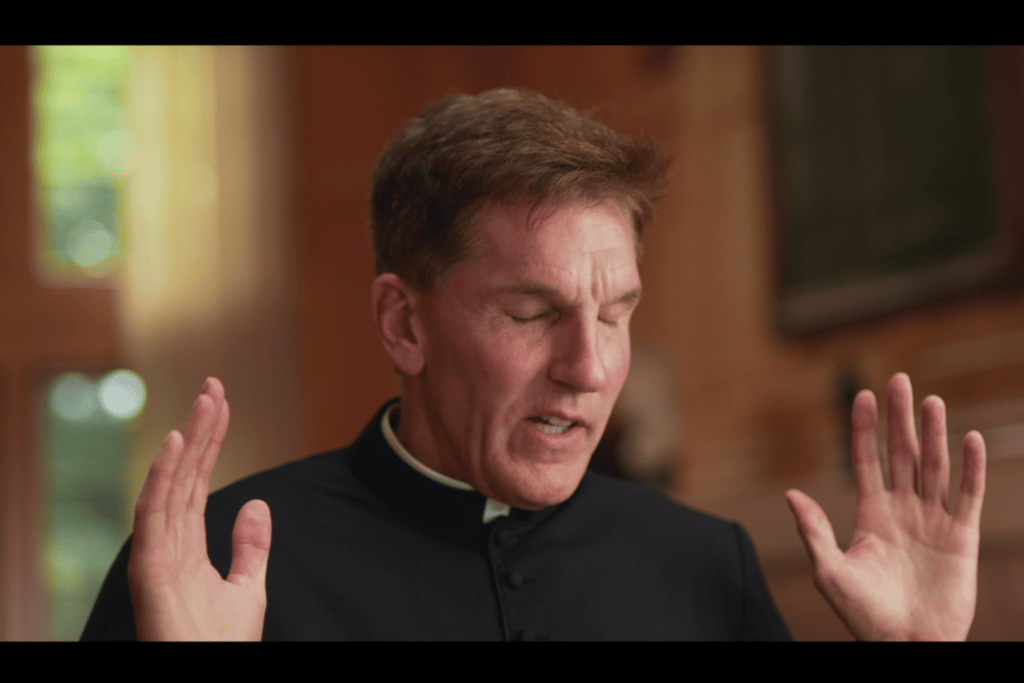 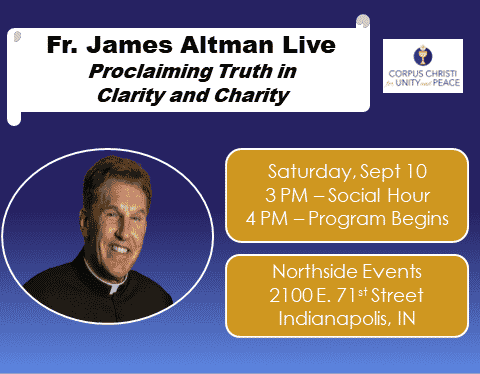 Join us for a social hour with hors d’oeuvres, beverages and cash bar and then hear from Fr. James Altman, this country’s most courageous priest.

Check Out CUP Interview with Fr. Altman on Overturning of Roe v. Wade

Father James Altman, was removed from a Wisconsin parish by Bishop William P. Callahan of La Crosse, after he had stirred controversy since the fall of 2020 when he criticized Catholic Democrats from the pulpit, saying they must “repent” because of the party’s support for legal abortion or “face the fires of hell.” Prior to the removal, the Diocese of La Crosse issued a statement May 24 noting that Father Altman had made public Bishop Callahan’s request that he resign “as well as his intent to decline the request.”

Originally from the Diocese of Marquette, Father Altman was an attorney who had a family practice in Sault Ste. Marie, Mich., when he answered the call to the priesthood. Graduating from the University of St. Mary of the Lake’s Mundelein Seminary outside Chicago, Father Altman was ordained to the priesthood by Bishop Jerome E. Listecki at the Cathedral of St. Joseph the Workman on June 28, 2008.

Following ordination, his first assignment was as chaplain and teacher at Assumption High School and associate pastor at Our Lady Queen of Heaven, both in Wisconsin Rapids. He moved to Ss. Peter and Paul, Wisconsin Rapids, on March 1, 2009. One year later he was appointed the parish’s administrator and installed as pastor by Bishop Callahan on Dec. 19, 2010.

Fr. Altman was the pastor of St. James the Less in La Crosse, Wisconsin before being censored by his Bishop for his passionate homilies & courageous truth-speaking videos.