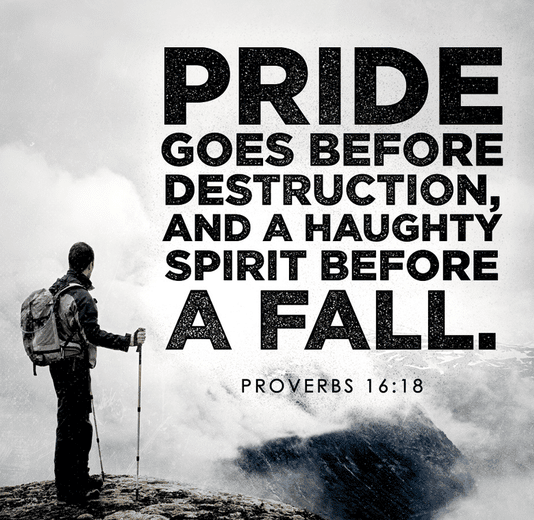 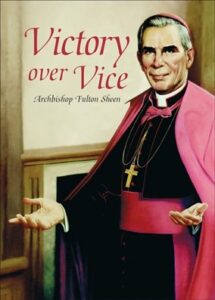 Children learn how to navigate the world of good and evil through stories of giants, tin soldiers, and princesses.  We call this moral imagination.  It carries over to adulthood when we base our actions on a Christian worldview.  We must know who the real dragons are and sometimes become the hero in the story.  “In the spiritual order, it is the same;” wrote Archbishop Fulton Sheen in his book, Victory Over Vice, “as long as there is a God who is wiser than we, greater than we, more powerful than we, then the world is a house of wonders.”  Are we not the contemporary characters in the continuing great story of Christianity?  To think life is a series of accidents and only man is the “author”—what an anxious life, indeed!  The worst part is the continued effort of the father of darkness in one’s life, whether he is acknowledged.  Examining theological virtues and literary antagonists can put us (back) on the path to holiness.  Weaving Fulton Sheen’s revelations on virtue and C.S. Lewis’s warnings on vice, we see who is really behind each of these and our necessary role in the salvation of our – and others’ – souls.

We all know pride made Satan fall from Heaven, and it can lead us there, as well.  “Pride is an inordinate love of one’s own excellence, either of body or mind or the unlawful pleasure we derive from thinking we have no superiors,” writes Sheen.  It separates the human soul from God because it exaggerates its importance and blinds people from God’s graces.  Furthermore, Victory Over Vice names and defines the manifestations of pride as atheism, superficiality, snobbery, vanity, presumptuousness, intellectual vanity, and exaggerated sensitiveness.  Today, our most dangerous struggles derive from these last two manifestations.  Recognizing them can help lead souls back to God.

Intellectual pride convinces us that we are gods.  It places science as supreme because it can be manipulated to benefit man.  While it is true that science has saved many lives, it receives too much faith and we become walking experiments.  When you are a “worldly-wise man” there is no need for superstition like religion. “Then the saints become for you stupid fools,” states Sheen, “the martyrs, ‘fanatics’; the religious, ‘dumb’; Confession, a ‘priestly invention’; the Eucharist, a ‘vestige of paganism’; Heaven, a ‘childish fancy’; and truth, a ‘delusion’.  It must be wonderful to know so much, but it must be terrible to find out in the end that one really knows so little.”  With this mindset, there is no need for gratitude or charity. 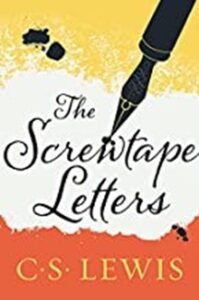 In his satirical masterpiece, The Screwtape Letters, C.S. Lewis personified an assistant to Satan, Screwtape.  He writes letters to his nephew, Wormwood, to teach him how to lead souls away from their enemy (God) and towards their “Father Below” (Satan). Our moral imagination comes alive when we realize how true-to-form this literary antagonist is to our real one.

Once you have made the World an end, and faith a means, you have almost won your man, and it makes very little difference what kind of worldly end he is pursuing.  Provided that meetings, pamphlets, policies, movements, causes, and crusades, matter more to him than prayers and sacraments and charity, he is ours—and the more ‘religious’ (on those terms) the more securely ours.  I could show you a pretty cageful down here,

For the time will come when people will not put up with sound doctrine. Instead, to suit their own desires, they will gather around them a great number of teachers to say what their itching ears want to hear.        2 Timothy 4:3

Exaggerated sensitiveness, or “one incapable of moral improvement because of unwillingness to hear one’s own faults,” is false humility.  I am not my brother’s keeper rings in our ears as we are led to the path of the Father Below.  The intellectually prideful are willing to ignore sins in others so that others cannot judge them.  This mindset has led our country to forcefully support the LGBTQ+, BLM, and CRT movements manifesting into the degradation of the family unit, church hierarchy, and school curriculum.  These exaggerated sensitivities demand acceptance, compliance, and privileges.  We are expected to choose between our livelihood and hanging a pride flag or adding our preferred gender to a Zoom call.  Confusion, frustration, and sometimes anger are left in the wake of these movements.   People are stuck between the fear of “being mean” and not feeling prepared to speak against these demands.  This is no surprise since fear is a goal of Satan.  Jean-Charles Nault quotes in The Noonday Devil, “Yes, he is the prince of lukewarmness, the king of compromise.  His goal is not to make us fall into specific errors but, on the contrary, to leave us in uncertainty, to submerge truth in uncertainty.”  By refusing to demand moral answers from these groups, we allow unintended sin to seep into our lives.  As Screwtape writes to Wormwood,

It does not matter how small the sins are provided that their cumulative effect is to edge the man away from the Light and out into the Nothing…Indeed the safest road to Hell is the gradual one – the gentle slope, soft underfoot, without sudden turnings, without milestones, without signposts.

However, as we will see, it is fear of the Lord that will help us reach a solution. 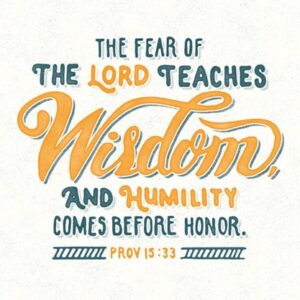 The modern man keeps forgetting that he is a combination of body and spirit.  He has an inordinate faith in material things, things of the flesh.  However, the content of our body has little value without the gifts from God for which we must ask.  Fulton Sheen explains this when he writes, “The content of a human body is equivalent to as much iron as there is in a nail, as much sugar as there is in two lumps, as much oil as there is in seven bars of soap, as much phosphorus as there is in 2,200 matches, and as much magnesium as it takes to develop one photograph.  In all, the human body, chemically, is worth just a few dollars…But spiritually we are worth more than the universe: ‘For what shall it profit a man, if he gains the whole world, and suffer the loss of his soul?’”

Sheen uses another useful analogy to explain how our soul works. When we drink liquid through a straw, we think we are creating suction; but there is no such thing.  “All that we do is create a vacuum.”  It is atmospheric pressure that “pushes the liquid up through the straw when we create the vacuum…So, too, in our spiritual lives.  The good we accomplish is not through the action ourselves, as much as it is through the spiritual pressure of God’s grace.  All we must do is create a vacuum, to count ourselves as nothing—and immediately God fills the soul with His power and truth.”

We need to make room for God’s grace.  To know Him and love Him, we must humble ourselves, as Jesus did on the cross.   Sheen defines humility as “the recognition of gifts as gifts, faults as faults.  Humility is dependence on God, as pride is independence of Him.”  Be humble.  Pray for the 7 gifts of the Holy Spirit—wisdom, understanding, counsel, fortitude, knowledge, piety, and fear of the Lord.  Go to confession.  Find a good “examination of conscience” to guide a fruitful confession.  Educate yourself about the Catholic faith through Bible studies and reading the Catechism of the Catholic Church.  We must reduce ourselves to zero so that God can fill us with grace.

I, then, a prisoner for the Lord, urge you to live in a manner worthy of the call you have received, with all humility and gentleness, with patience, bearing with one another through love, striving to preserve the unity of the spirit through the bond of peace.   Ephesian 4:1-3

Contrast this with a letter Screwtape sends to Wormwood advising him to take advantage of his “patient’s” spiritual dryness to lead him astray; otherwise, God (“the Enemy”) would use this low for good:

We want to suck in, He wants to give out.  We are empty and would be filled; He is full and flows over.  Our war aim is a world in which Our Father Below has drawn all other beings into himself: the Enemy wants a world full of beings united to Him but still distinct.

If the vocation of man is to accept divine charity and practice human solidarity, then it is necessary to have moral people.   This begins at home through solid catechesis, is strengthened through moral imagination, and continues at church pulpits.  The proliferation of sin will continue to grow under the tyranny of social justice dogma if religious leaders continue to remain silent about mortal versus venial sins.  Many Catholics are either uninformed or are choosing to ignore the said difference.  As Brian Burch said during his CUP talk, if the Catholic vote aligned with its beliefs, then our country could be restored.  Until then, the road to Hell will continue to be paved with good intentions.  Screwtape reminds us, “To get the man’s soul and give him nothing in return—that is what really gladdens Our Father’s heart.”

Continue preparation for this spiritual warfare.  Be humble, pray for the gifts of the Holy Spirit, go to confession, educate yourself about our faith, and speak against the demons seeking the ruin of souls. “Pride is Goliath,” writes Sheen.  “Our Lord is the humble David who comes to slay pride with the staff of His Cross and five little stones—five wounds, in hands, feet, and side.  With no other weapon than these five wounds and the staff of the Cross do we gain victories over the Goliath of pride on the battlefield of our soul.”