This week I had a couple of discussions on various topics on which the participants reached different conclusions based on their understanding of faith.

That got me thinking: what is faith?  Many of us grew up hearing the word in Sunday school classes, church services, or children’s songs.  We learned that a biblical understanding of faith is essential for the Christian life.  Without it, Hebrews 11:6 tells us, it is impossible to please God.

The expression “just have faith, it will work out” is used by people to encourage and comfort someone facing serious problems or stressful situations. There are several misunderstandings of faith. Let me share a story that illustrates this:

The town of a deeply religious woman was threatened by storms not seen in the town for many years. The rains kept coming and coming.  At some point, emergency crews went door-to-door to warn people to evacuate.  The woman refused; she told the emergency crews that God will take care of her, that she had faith.

The rains continued to the point that the streets were flooded.  A boat came to the woman’s house and offered her a ride to leave for safety. Again, the woman refused; she insisted that God will take care of her, that she had faith.

The rains continued and the town was flooded. The woman was now standing on the roof of her house.  A helicopter came by offering her to take her to safety.  Once more the woman refused; again insisting that God will take care of her, that she had faith.

Finally, the woman drowned.  When she got to Heaven, she said to God, “God, I had faith in you; why didn’t you save me” to which God replied, “ I tried three times: I sent an emergency crew to warn you, then a boat to take you to safety, and then a helicopter to rescue you.  Each time you refused my help.” 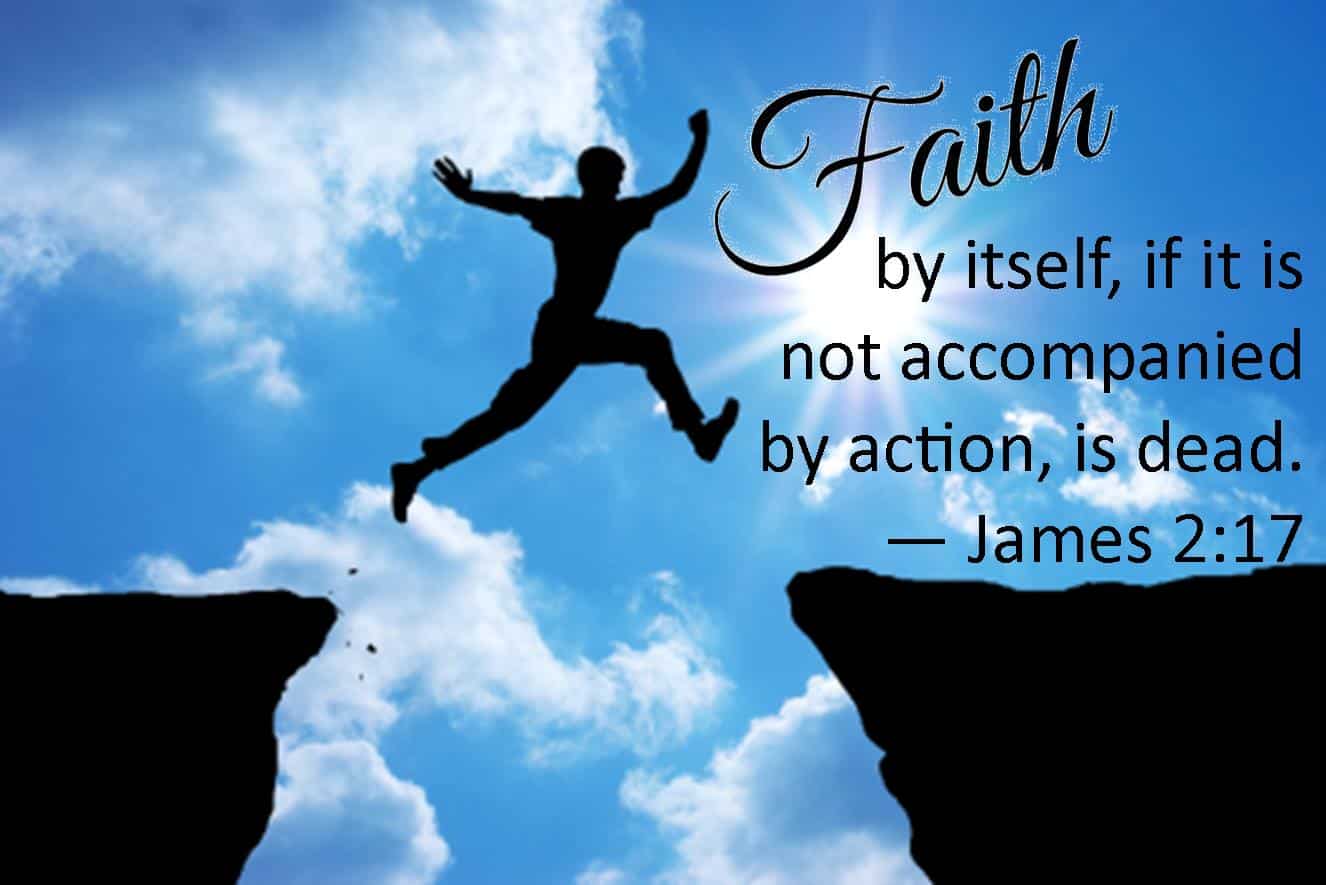 So what is faith? Pope Benedict XVI said:

The obedience of faith implies acceptance of the truth of Christ’s revelation, guaranteed by God, who is Truth itself: Faith is, first of all, a personal adherence of man to God. At the same time, and inseparably, it is a free assent to the whole truth that God has revealed.

Faith is the substance or assurance of things we hope for, but have not yet received. Faith (confidence, belief, trust) is also our evidence of that which is not seen—the invisible spiritual things. Faith comes before a prayer is answered or before an individual has received what he or she has requested from God.

The foundation for a life of faith is believing in Christ’s death and resurrection.  But faith does not end there.  While Christ’s death saves us from the penalty of sin, we must continue to have faith that He is saving us from the power of sin.  This belief affects our everyday lives.  It stretches us and deepens our dependence on God as we learn that we cannot live the Christian life perfectly.  We still sin.  We stumble and fall and mess up.  But by faith we can repent and keep going, trusting that He is molding and changing us each day into the image of His Son.

And finally, living by faith means looking forward with hope and assurance that one day, we will be free from the presence of sin.  Faith in what is to come gives our lives a sense of peace and urgency. 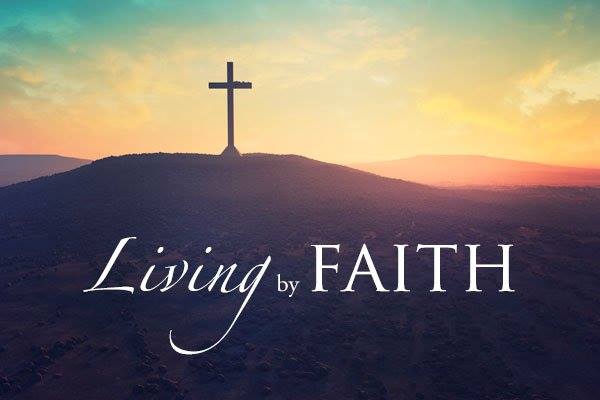