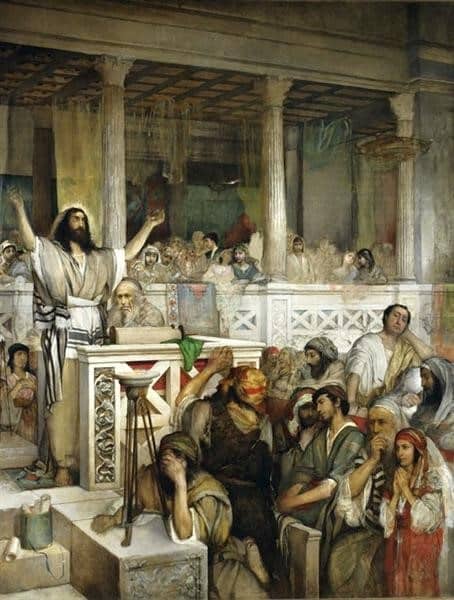 Quality literature is a meaningful way to grow closer to Christ, especially for children.  A perfect fit for the Lenten season is The Bronze Bow, written by Elizabeth George Speare, and winner of the 1962 Newbery Medal, an award bestowed to distinguished children’s literature.  It is ideal for 10-12-year-olds to read it independently, but can easily be read aloud to those slightly younger.  While reading and discussing this story with your family you will hopefully come to recognize its beauty.  Its thorough character development, positive message, and important historical setting will lend itself not only to learning history but to recognizing what virtue—and vice—looks like.  Many topics can be explored within this book, but two will be the focus here.  The first is the character development of Daniel followed by one of the most important themes of the book—choosing love rather than hate. 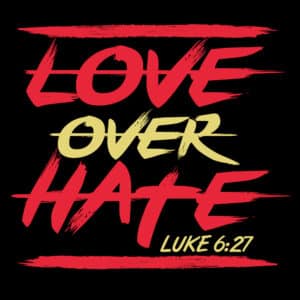 At the start of this historical novel, the protagonist—Daniel bar Jamin—is motivated by hate towards the Romans who occupy Israel.  His need for vengeance leads him to follow an outlaw band run by Rosh, a man who Daniel desperately wants to believe is the strong leader who will free the Jewish people from the Romans.  However, from Nazareth comes a teacher who stirs the hearts of some men and the jealousy of others.  This story brings to life the historical struggle of the Jewish people and the beginning of our Christian faith.   As Dr. Edward Sri writes in his book No Greater Love: A Biblical Walk Through Christ’s Passion, “Jesus is a king, but not in the way Pilate or the chief priests think.  He is not aspiring to political power or starting a revolt, which is what the people commonly hoped for in a messiah-king in first-century Judaism. Jesus’ kingship is different.  His movement is not the kind of threat to the Roman Empire that other ambitious Jewish messiahs might have been…  Jesus is a true king, but his ‘kingship is not of this world’ (John 18:36)”.  Will Daniel remain devoted to Rosh or will his hate be broken by the charity of another?

Interacting with Daniel is a cast of characters who inspire virtue.  Examples of faith, hope, and charity are apparent in Simon the Zealot, grateful Maltrace, and dutiful Samson.  All of these characters—good and bad—are a great way to compare and contrast virtues we should practice and vices that we should avoid.  Daniel is placed among these characters to highlight the different ways people generally react to difficult situations. Perhaps you will see yourself in Daniel.  In the end, does Daniel reject his outlaw life and come around to Jesus’s message of love?  Or does he merely regret his actions?  Dr. Sri clarifies what Daniel—and at times what we go through—in his book, “In sum, regret on its own is often focused on either one’s own self-interest (I regret what I did because of the consequences) or on self-condemnation (I regret what I did because it reminds me of how imperfect I am).  True repentance, however, is focused on the other person and the relationship.”  Does Daniel remain in regret or move to repentance?  How do you know?

Of course, a salient character comparison/contrast is between Rosh and Jesus!  Be sure to explore this with your family, but for now, the second topic to highlight is the theme.

There are as many themes in this story as there are characters, but the Lenten theme—violent revolution versus sacrificial love—must be highlighted.  Like Daniel, are we so occupied by our material needs that we ignore our eternal ones?  Do we find ourselves falling back into hate and rejecting charity?  This story is a kid-friendly way to approach universal themes such as these.  Jesus, speaking to Daniel says, “Can’t you see, Daniel, it is hate that is the enemy?  Not men.  Hate does not die with killing.  It only springs up a hundredfold.  The only thing stronger than hate is love.”  What a beautiful, refreshing message for our children to read!

Later in the conversation, Daniel tells Jesus, “‘I will fight for you to the end!’

Jesus smiled at him gently. ‘My loyal friend,’ he said, ‘I would ask something much harder than that. Would you love for me to the end?’”  These are the words we need to hear when things of this world are upsetting.  The Bronze Bow can be a tool for our children to remember that Jesus wants us to choose love.  This also recalls chapter 8 of Dr. Sri’s book No Greater Love.  In it, we read about an interaction between Jesus and Peter, well after he had denied Jesus three times.  Jesus had already asked Peter two times if he loved Him.   “When Jesus asks a third time, he changes the word for love.  He does not lower the standards, but he comes down to meet Peter where he is and asks if Peter loves him with philea love.  It is as if he says:  Peter, I will take your weak, imperfect human love.  I will take whatever love you offer me.’…He will take Peter’s imperfect philea love (“a lot more than human affection”) and transform it into agape (“perfect, total, self-giving love”).”  Do we show God love, and if so, what kind of love—philea or agape? 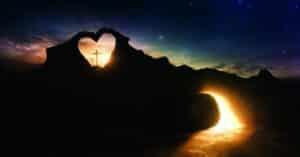 We, like Daniel, must learn to place our trust in God.  He will prepare us for the trials against our enemies.  This point is highlighted in the title which is based on Psalm 18:32-35 (NAB).  According to the footnotes of the New American Bible, the bow of bronze is hyperbole to symbolize the great force that will result when an arrow (God’s wrath) is propelled from it.

Truly, who is God except the Lord?

Who but our God is the rock?

and set me on the heights,

Who trained my hands for war,

my arms to string a bow of bronze.

Through this imaginative story about Daniel and Jesus, we connect Old Testament prophecies to New Testament revelations.  Challenge yourself and your family to find the Biblical references mentioned in the book.  The name Daniel was likely a purposeful choice by the author and reading the Book of Daniel may prove fruitful to understand the background of this novel.  After all, even Edward Sri notes its significance when he writes, “In summary, the vision in Daniel is about the movement of God’s people from suffering to hope; persecution to vindication; death to new life.”

Those are a few ways to dive into a great Lenten reading with family.  Other items to cover can be first-century history, geography, literary devices, other universal themes, and reflection questions about characters, conflict, and plot.  May your reading bear fruit!