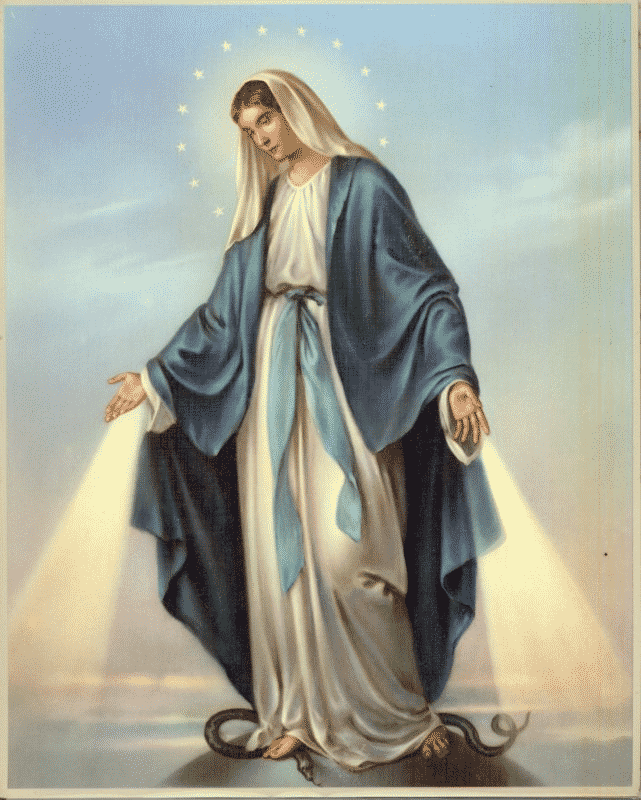 I want to wish all the mom’s out there a happy Mother’s Day and offer a sincere thank you for doing God’s work. I thought it a fitting time to send out this message.

My wife Amy had recently given me an article written about Fr. Gabriel Amorth, a Vatican priest and exorcist, who performed thousands of exorcisms over the years. In this article Fr. Amorth stated that the devil has an intense fear of the Virgin Mary, and has stated so in many of these exorcisms.

The next day I was listening to a podcast about St. Ignatius of Loyola and his discernment of spirits. As I’ve mentioned before, sometimes when listening to spiritual talks I am blessed with what I call “silent lectures”, also known as locutions. These periods of time are where information is passed from the Lord’s messenger to me. They seem like they are my own thoughts, however, it is about subject matter of which I have no knowledge. About half way through this podcast, one such lecture began.

It was explained to me that the devil wants nothing more than to hurt Blessed Mary, for whom he has a great hatred. At creation he thought it below God and the angels to allow such a weak creature the power to bring God to Earth. The devil hates the fact that God loves humans so deeply; therefore, he has great hatred for mankind. The fact that God chose a woman to bring His presence is even more offensive to the devil because he views women as the weakest of mankind. God, however, knows women’s strength and shared His power of creation more so with women, than men. The devil was defeated by God and cast out of Heaven. God chose a blessed woman to bring His presence to Earth to defeat the devil once and for all.

The problem for the enemy is that God will not allow him to harm Mary.

“I will put Enmity between you and the woman, and between your offspring and hers; they will strike at your head, while you strike at their heel.” (Gen 3:15).

God protects Mary, and makes her directly untouchable by the devil. Satan strikes her in the only way he can by attacking the daughters of Mary.

Since God shares his power of creation with women, and Satan thinks women unworthy, he uses this very gift as a way to hurt Mary, indirectly, through her daughters. He has, through the decades, influenced mankind to make an abomination of this shared gift of creation given to us by God. The very women who can create, can also choose to destroy an innocent life, who’s only protection is that of the mother’s womb. Not only can women choose to destroy God’s gift, but through the influence of evil, they actually demand the “right” to destroy the innocent, thus intensifying the sin.

Women are not the sole offenders either. When a man and woman, together, make the heinous decision, the sin is equally shared between the two. That sin is also shared by the doctors, nurses, “councilors”, and staff that facilitate the murder of one of God’s innocent.

This is the sad effect of what some call a “choice”. That one “choice” causes a chain reaction of sin throughout a community. What is unseen is the damage it does to one’s soul and the pain it causes our Lord, and all the heavenly host. The damage it does creates a culture of death, a society of depravity. It builds a callous over all of our souls, which allows our indifference. Consider for a moment that every day in just our country alone, thousands of innocent babies are murdered. One child killed every second of every day, and yet we can carry on with our normal lives, without taking to the streets, and crying out in despair. This is the devastating effect the enemy has through his influence, and it reminds me of this scripture verse:

“Thus says the Lord: In Ramah is heard the sound of sobbing, bitter weeping! Rachel mourns for her children, she refuses to be consoled for her children—they are no more!” (Jeremiah 31:15)

Prayer to the Lord of Mercy is the only way to stop the atrocity. I was then given the knowledge, that even this grievous sin is forgiven those who simply repent and ask the Lord of Mercy for forgiveness. Jesus will wash that sin away, but they must go to Him and ask.

At that point the “lecture” stopped. I noticed that tears were streaming down my face, leaving the front of my shirt completely saturated. I later meditated on the fact that this message was given to me while I was listening to a podcast on St. Ignatius, who often talked about the Gift of Tears. I also recalled my dream of Mary, who told me how the veil of tears will allow me to discern when I am in the presence of our Savior, Jesus. Perhaps I’ll share those encounters one day as well.

I now pray for all those thinking about having an abortion, and for all those who already have. Pray with me not only for the end of abortion, but for an end of the desire for it. On this Mother’s Day, I ask Mary our mother, to intercede to her Son, on behalf of all us sinners.

May God bless us and have mercy on us,

Thanks to Ed Jozsa for this beautiful Mothers Day blog he shared with CUP and gave us permission to post here honoring our Blessed Mothers and all mothers.  To learn of Ed’s near death experience and heavenly visions and read his blogs, check out his website at https://www.presenceofgodencounters.com