Could Indiana Have Done More to Save Babies? 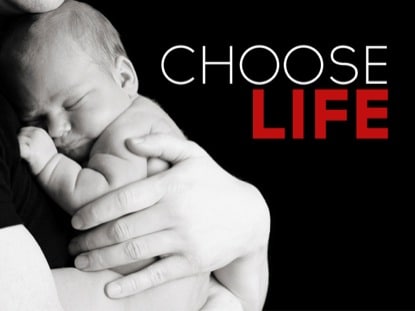 As of the writing of this blog, on August 30, 2022, the ACLU and Planned Parenthood filed a lawsuit in Monroe County, IN, challenging the state’s new near-total ban on abortions.

The lawsuit filed in a Monroe County court claims the ban, set to take effect on Sept. 15, “strips away the fundamental rights of people seeking abortion care” in violation of the Indiana Constitution. It argues the law “will infringe on Hoosiers’ right to privacy, violate Indiana’s guarantee of equal privileges and immunities, and includes unconstitutionally vague language.”

“Not only is there no right to an abortion in the Indiana Constitution, it actually states life is one of our inalienable rights. We are confident the state will prevail and pray the new law is not blocked from going into effect on September 15, knowing that any delay will mean the indiscriminate killing of unborn children will continue at abortion clinics across Indiana.”

ince 1973, prolifers have clawed and fought for every small, incremental win in the hopes of saving babies and protecting mothers from inordinate risk when seeking an abortion.  Catholics lead the fight in the cause for the sanctity of life recognizing that we must safeguard the dignity of every human person, from conception to natural death.  This is what it means to be prolife.

Prolife, in its most basic sense, means protecting babies from conception (fertilization of the egg) through the time each beautiful sage, elderly human being passes from this life to a final destination.  A country that does not protect the unborn is a country stricken in poverty.  Our founding fathers understood this when they formed the Declaration of Independence and articulated that we must always preserve life, liberty, and the pursuit of happiness.  But without life, liberty and happiness are meaningless and frankly unattainable.

On the Solemnity of the Sacred Heart of Jesus, June 24, 2022, the Supreme Court overturned Roe v. Wade.  Many in the prolife community in Indiana were poised, standing ready to introduce a truly prolife bill that would preserve all of the incremental wins fought hard for over the past decade while ensuring that every baby in Indiana would be protected from the hands of abortionists.

On August 5, Governor Holcomb signed into law legislation that would further protect mothers and babies in the womb by providing a ban, in many circumstances, on abortion (both surgical and those induced with drugs).  However, it is important to have the context of the legislative process that culminated in the signing of this legislation.

Following the overturning of Roe v Wade, a bill was ready and in the hands of legislators with an agreement on how to proceed but, in a gut punch move to the prolife community, the legislators switched alliances and introduced a bill that was most likely devised by ACOG (American College of Obstetricians and Gynecologists).  For those unfamiliar, ACOG backs the abortion industry and was more concerned with its own legal protections.  The bill introduced in the special session looked on the surface to be a prolife bill (near ban on abortions) but. in reality, for any prolife person that understands legalities, it walked backed protections for moms and babies by a decade.  In essence, it erased not only the current wins but opened up Indiana to become a human traffickers’ dream destination for abortions.

As Indiana Family Institute very astutely said “That context is important because everything that has happened from the introduction of SB1 forward was guided by the weak language that started the process.”

Heroic efforts from prolife experts accompanied by a handful of key strong prolife legislators working around the clock helped to transform this pro-abortion piece of legislation into something that prolifers could accept.  Quite literally, the bill that finally passed and was signed into legislation looks completely different than what was introduced and thanks go to the hard-working leading prolife organizations.

I want to give credit to the strong prolifers in the Senate and the House who fought ably to insert language (with the help of constituents).  Some of the good parts of the legislation include:

While a preborn human life does not look like an adult human at the point of conception (fertilization) this does not change the fact that a preborn baby is a living member of the human race at every stage in his or her development.

Very craftily in a version of the House bill, the actual words implantation were inserted and it caused an uproar, so they merely took this out and referred to Indiana code elsewhere with the pre-established definition for a baby being recognized from implantation.  Make no mistake about it, this is a ploy to promote contraceptives (which, by the way, were funded in SB No. 2 in the Indiana special session with a $5.5 grant through the “Safety Pin Grant”).  We must fight very hard to change the definition of pregnancy from conception to protect all babies.  We were told that legislators wanted to go with a language that withstood legal challenges.  We need to begin to venture out into deeper territory.

So while SB 1 will now save 95-98% of babies in Indiana, what will preclude these women from going across the border into Illinois to seek an abortion?  Fueled by employers willing to fund employee abortions (e.g., Eli Lilly and Sales Force), we can expect more and more of this to occur.  Illinois is “investing” in abortion mills at the borders for this eventuality.  Indiana must continue to win the hearts and minds of every woman seeking an abortion, understanding that the value and treasure she carries is incalculable.

Should we be happy with the legislation?  It is challenging to make that statement.  We should always remain somber knowing that babies are being left on the battlefield.  Is it much better than it was? Yes by a lot.  Like every hard-fought battle over the half-century since Roe v. Wade was passed, we must remain vigilant realizing that this fight is not done.  Every baby matters.  Until all babies are saved from the ravages of destruction, we must call on Our Lady of Guadalupe, Patroness of the Unborn, to usher in a new movement for the truly discriminated.  Make no mistake … abortion in all forms is an assault on women, especially low-income women, blacks, and babies conceived in difficult circumstances.