College Men Failures Rooted in the Feminization of America

This week, the Wall Street Journal published a front-page story by Douglas Belkin titled “A Generation of American Men Give Up on College” focusing on a report published by the National Student Clearinghouse (NSC), a non-profit education organization, detailing the decline of enrollment of males in colleges – compared to the prior semester, the decline in male university enrollment was double that of women:

Enrollment declines are steeper for men than for women across all sectors (declined by 400,000 and 203,000 students, respectively). This trend is especially visible in the community college sector, with male enrollment dropping by 14.4 percent compared to a 6 percent decline in female enrollment. Also, the increase of 44,000 female students (+1 percent) is contrasted with a drop of 90,000 male students (-2.7 percent) in the public four-year institution sector.

The decline is also occurring in high school. The Harvard economist Richard Murnane has tracked high school graduation rates since the 1970s and concluded that men have essentially stagnated at around 80 percent, while women continued to rise, today approaching 90 percent. Women are the principal reason that national graduation rates are up. By the end of the 2021 academic year, roughly 60 percent of all college students—a record high—will be women. Estimates from the American Student Government Association now peg female leadership at around 60 percent of all student body presidents and 74 percent of vice presidents.

Furthermore, the Wall Street Journal article states that of the 1.5 million fewer aspiring students who colleges drew in the past five years, 70 percent of the decline was attributed to men.

If this trend continues, an NSC executive confirmed, “In the next few years, two women will earn a college degree for every man.” The Wall Street Journal article poses these questions: What are academic institutions supposed to do when men are no longer interested in their services? Further the story asks, is this such a big deal? After all, if men were prioritized in the past, isn’t it only fair that women take the lead for now? 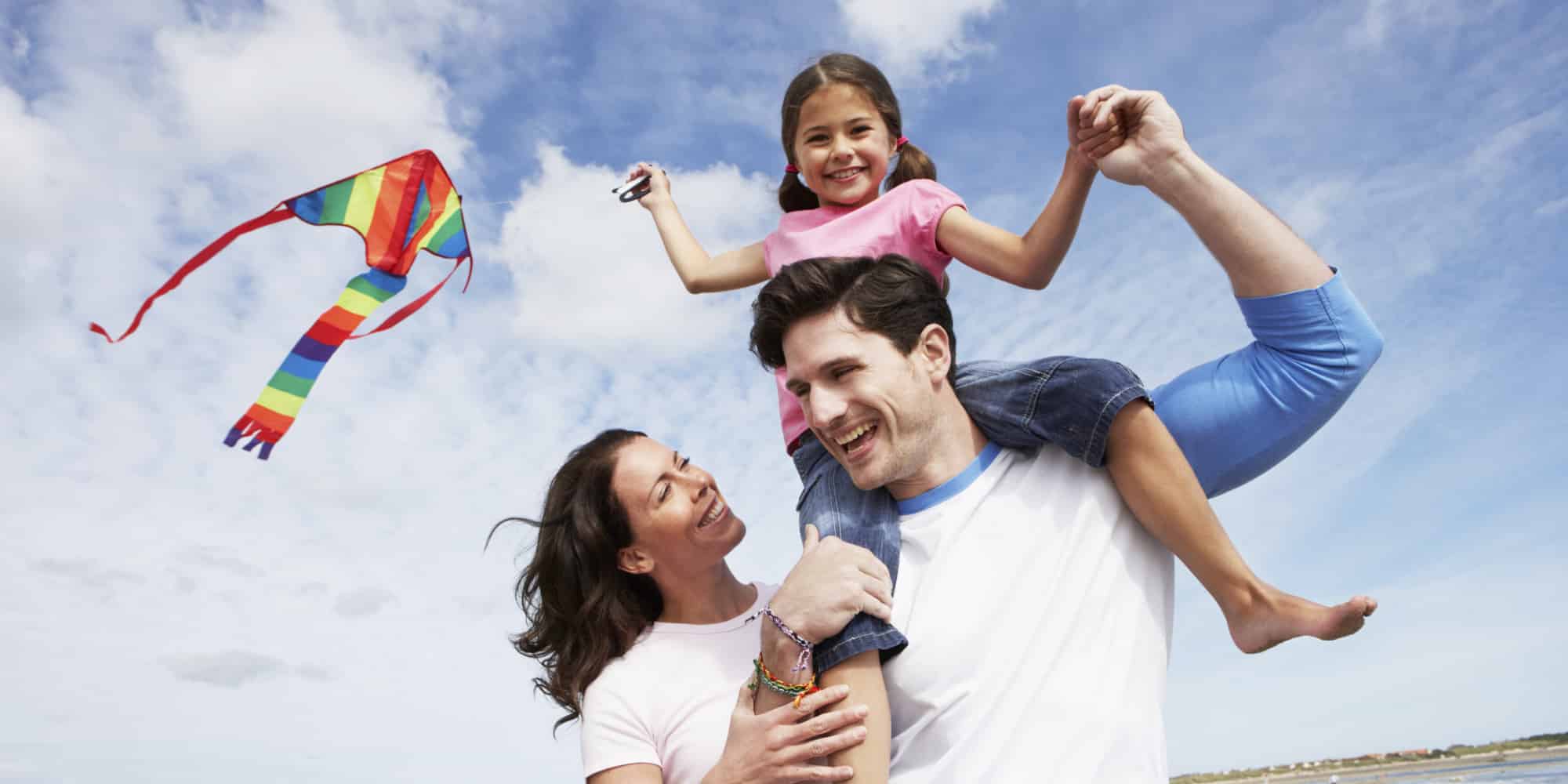 Experts say, yes, we should care. “If you care about our society, one, and, two, if you care about women, you have to care about the boys, too,” Jennifer Delahunty, a college enrollment consultant who previously worked at Kenyon College and Lewis & Clark College, said. “If you have equally educated numbers of men and women that just makes a better society, and it makes it better for women.”

How to fix the widening gap is saddled with a lot of complexities.

We should acknowledge and applaud the accomplishments of women over the past century as they are truly remarkable. The same cannot be said of men. Lost education and lost prestige have been exacerbated by an inability to discuss men’s issues thoughtfully, much of it coming from the corrosiveness of gender politics. If the numbers showed an equivalent (and increasing) educational gender gap running in the opposite direction, the feminist Left would declare a cultural emergency. What we have instead is the opposite: our colleges are full of “women’s centers” and “gender equity” initiatives that are dedicated exclusively to female success (or almost exclusively; some non-gender-binary folks get gender-equity aid as well). When will the view of a crisis for women on campus stop? When they reach two-thirds of the higher-education population? When three out of every four college grads are women?

Speaking with Jerlando Jackson, a department chair at the University of Wisconsin, Douglas Belkin writes that many campuses avoid the issue altogether because of bad optics. “[F]ew campuses have been willing to spend limited funds on male underachievement that would also benefit white men, risking criticism for assisting those who have historically held the biggest educational advantages.” Jackson, an African American academic, argues, “As a country, we don’t have the tools yet to help white men who find themselves needing help … To be in a time when there are groups of white men that are falling through the cracks, it’s hard.”

Belkin touches on another issue that has been studied by Keith Smith, a mental health counselor at the University of Vermont. Smith found that men face disproportionate disciplinary consequences for misbehavior while under the influence of drugs and alcohol. As a result, he proposed the creation of a men’s center catered to helping them through the difficulties of university life. Women on campus were having none of it. Smith reported that “Why would you give more resources to the most privileged group on campus?” was a common objection. 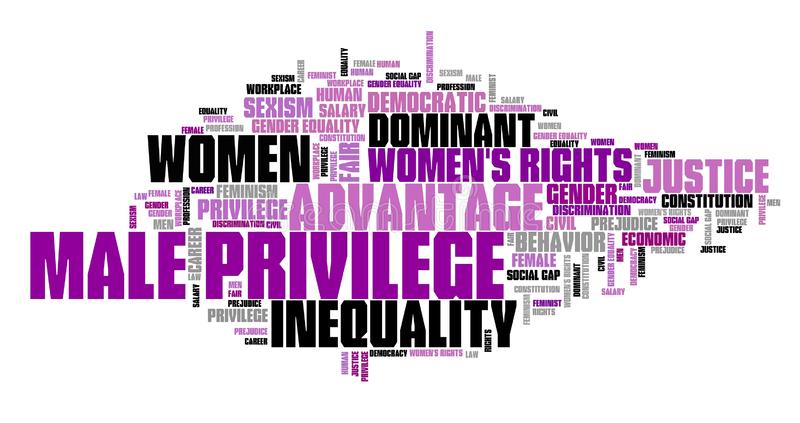 The reality of boys struggling throughout the educational pipeline is all the more uncomfortable given that these academic environments can be most hostile to them. Gender studies academics who decry “bro culture” and “patriarchy” ignore the tragic condition of some boys today. This enables activist scholars to dismiss reforms that may be beneficial. For instance, the gender reading gap converges later on in earlier adulthood. According to an OECD working paper, once boys and girls “leave compulsory schooling and have greater opportunities to choose their own reading materials or are required to read at the workplace,” they display similar reading skills. So, perhaps greater educational flexibility through revising assigned reading lists would address male reading underperformance better than claptrap about patriarchy and privilege.

Exploring the issue of gender representation at the teaching level could also be an interesting avenue for further inquiry. Since the late-20th century, teaching has actually become more gendered, skewing female. Whereas two-thirds of public-school teachers in the early ‘80s were women, by the 2010s that had crept up to three-quarters. Coupled with the stigmatization male teachers face in a predominantly female profession, we should consider whether the absence of male role models influences the outcome of impressionable boys. After all, racial disparities are shown to have an educational impact. Research from the Brookings Institute notes that the implications have yet to be determined for the teaching gender gap but such questions, once again, fall outside the purview of activists searching for a male bogeyman.

David French, a columnist for National Review, believes that the root problem is the feminization of men:

Our society is unlearning masculinity, it’s feminizing every stage of male life, and boys are paying a steep price. Consider the feminization of the home — occurring on two fronts simultaneously. First, and most important, the dissolution of the family brings increased fatherlessness, and for all of our culture’s single-mom worship (and moms’ sometimes — but not always — heroic efforts to fill the gap), boys need dads. It’s that simple. Men and women in general have different roles to play in their kids’ lives, and a boy sees in a good dad the fruits of properly channeled and properly lived masculinity. He has a model, often a hero, who lives in the closest possible proximity. 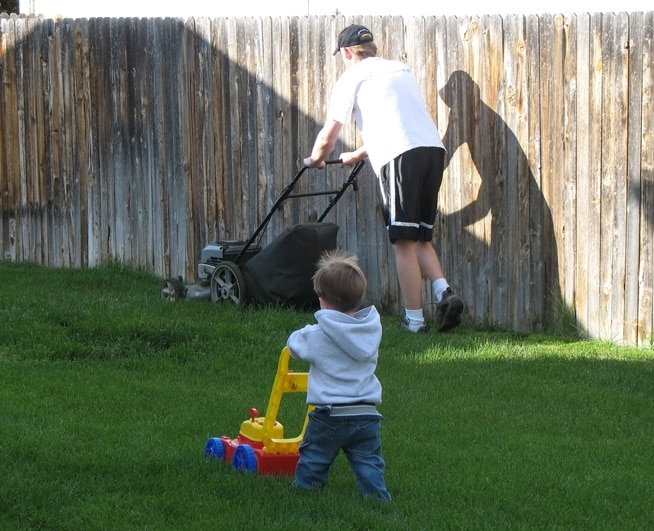 But beyond fatherlessness is the increasing feminization of even the intact, two-parent household. Models of domestic life intentionally crafted to break old stereotypes and cultural norms increasingly treat parents not as “mom and dad” but as “Parent 1 and Parent 2.” Kids aren’t brother and sister, but “Child 1 and Child 2.” There are no longer different paths for boys and girls but instead unique paths for special snowflakes. Who’s to say what’s masculine? Who’s to say what’s feminine? The one thing we do know, however, is that stereotypically male characteristics of aggression, risk-taking, and high-energy work and play are “toxic” and need to be medicated or educated right out of the home. 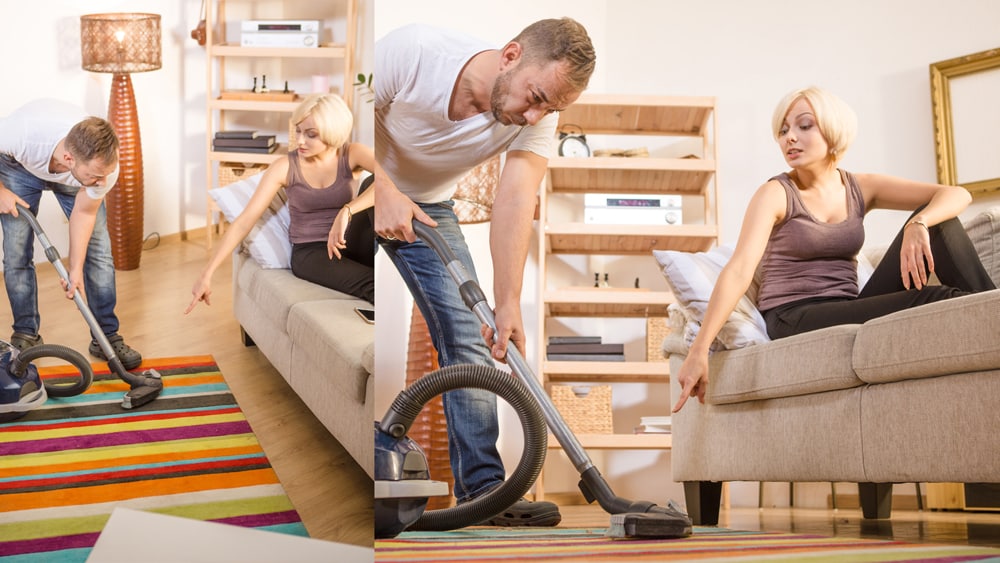 Adding to the feminized home is the feminized school, complete with its zero tolerance, mortal fear of anything remotely martial, and its relentless emphasis on compassion and nurturing rather than exploration and adventure (unless the adventurer is a woman). We love the Earth. We don’t conquer it. Elementary school is a place of hugs, not conflict, and play is to be peaceful above all else. No more re-enacting the Battle of the Bulge. No more toy guns. No more drawings of tanks mowing through stick-figure Nazi hordes. And when nature asserts itself against the ideologue’s wishes? Medication and education take their toll. 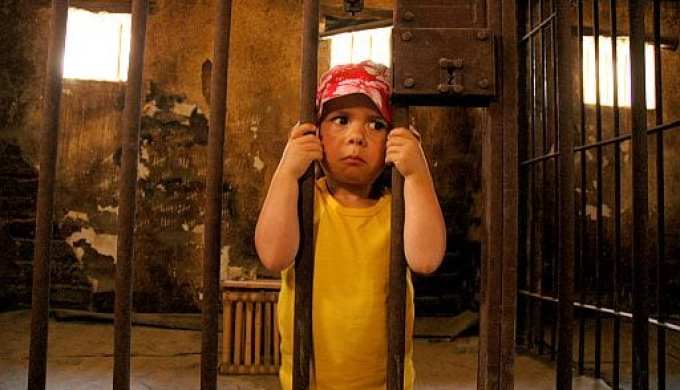 Finally, one graduates to the increasingly feminized workplace. Part of this is a function of political correctness, and part of it is simply a function of the changing economy. We don’t need as many strong backs and strong arms to make America great. There are more cubicles, more people typing, and more people talking. It’s great to be glib. Strength is strictly optional. Oh, and when cubicle-working men do try to carve out their own spaces for hobbies, sports, and other pursuits, they’re often mocked. Why does an accountant need a Ford F-150? Look at that lawyer buying a chainsaw. Doesn’t he know how ridiculous he looks?

In place of teaching men to channel their aggression and adventurous spirits in productive ways, we ask them to stifle their truest natures. In place of teaching them to protect others, we lie and declare all violence to be bad. Instead of telling the truth that men and women are different, we try to transform men into women. We privilege the stories of those who found traditional gender norms oppressive (like gay men and their metrosexual cousins) and celebrate the demise of traditional masculinity that better served the vast majority of men and boys. Is it not possible to preserve masculinity while demonstrating compassion for those who don’t conform? Must we burn it all down?

There are few sights more profoundly meaningful than watching a son grow up with a good father, to see him take on his dad’s best characteristics, while at the same time forging his own path. It is important to see and know that throughout that young man’s life, his dad wasn’t just nurturing him, he was also challenging him — pushing him to be stronger mentally, physically, and emotionally. To that end, it’s time to remember that strength is a virtue, rightly channeled aggression creates and preserves civilization itself, and there is nothing at all inherently toxic about masculinity. The feminization of everything doesn’t just fail our boys; over the long run it will fail our nation.

Blaff concludes that instead of deriding men’s struggles, we should help them:

The taboo against humanizing the struggles of boys and men must end. True gender equality activists should re-commit themselves to the principle embodied in their name. When we see young men, regardless of race or ethnicity, struggling in school while their female peers glide past them, we should help them, not condemn or belittle them as progressive activists have tended to do. Young boys will be the true victims, falling ever-further behind, if these gender turf wars thwart our ability to speak to and hear one another.