Can We Handle The Truth? 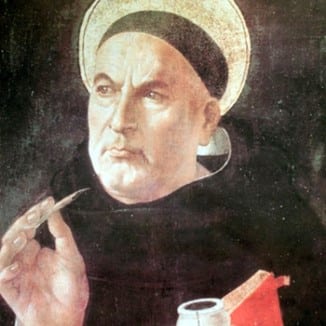 In the 1992 movie, A Few Good Men (1992) there was an explosive exchange in which Tom Cruise’s character, Lt. Daniel Kaffee, is relentlessly cross-examining Col. Nathan Jessep, played by Jack Nicholson, about a tragic incident that left a Marine dead.  Kaffee is convinced of Jessep’s culpability:

Kaffee: I think I’m entitled to them.

Kaffee: I want the truth!

Jessep: You can’t handle the truth! Son, we live in a world that has walls. And those walls have to be guarded by men with guns. Who’s gonna do it? You? You, Lt. Weinberg? I have a greater responsibility than you can possibly fathom. You weep for Santiago and you curse the Marines. You have that luxury. You have the luxury of not knowing what I know: that Santiago’s death, while tragic, probably saved lives…[1]

As Kaffee continues, he is finally able to gain Jessep’s admission of guilt, but clearly, the dialogue reveals his motivation: Jessep honestly believed that his actions and the lies he told, as a result, were justified because they served a greater good.  In other words, he was telling what some might call a ‘noble lie’.

The act of lying to serve the greater good is often seen among leaders of large organizations and governments. The concept is often credited to what some would call a mistranslation of Plato’s Republic, though the actual phrase does not even occur in its text.[2]  Regardless of the origin of the act of lying for the greater good, it is the act itself that spurred my thoughts today.

History is riddled with tales of powerful leaders telling lies to the people they serve to serve some greater, at least in their mind, good. However one needn’t look any farther than today’s news reports.  For example, in its attempts to thwart a worldwide pandemic and the economic consequences it has wrought, government leaders are desperately trying to persuade the hesitant public to accept further lockdowns, mask mandates, and vaccines that have yet to be granted full FDA approval.  Doing so requires releasing carefully crafted messages, sometimes referred to as “narratives,”  throughout all sources of information that support such drastic societal restrictions on personal freedom and bodily integrity.  However, despite the best efforts in this information age of the world wide web, it is becoming exceedingly difficult to control such narratives.

For example, The Washington Post released internal documents from the CDC revealing that 75% of the people in Massachusetts infected by the Covid 19 Delta variant had been vaccinated.[3]  A White House spokesperson responded with ferocity, chastising the Washington Post and other publications, not for misinformation, but for not putting the facts in proper context.[4]

Lead White House Medical Advisor, Dr. Tony Fauci, has also recently been exposed as having misled the public in the interest of serving the great good.  The advice he’s provided on masking guidelines, herd immunity, the origins of the current pandemic, therapeutic interventions, and recently efficacy and safety of the vaccines, which has formulated Federal, State, and Local policies, has consistently been revealed to be less than forthright with the factual evidence known to him at the time.  When rationalizing on providing misleading guidance on when herd immunity would be achieved, he said,

When polls said only about half of all Americans would take a vaccine, I was saying herd immunity would take 70 to 75 percent. Then, when newer surveys said 60 percent or more would take it, I thought,     “I can nudge this up a bit,” so I went to 80, 85.[1]

Dr. Fauci said that weeks ago, he had hesitated to publicly raise his estimate because many Americans seemed hesitant about vaccines, which they would need to accept almost universally in order for the country to achieve herd immunity.[2]

Governments are certainly not the only institutions whose leaders have resorted to the act of telling noble lies.  In 2002, a terrible scandal was revealed by the Boston Globe: for decades, Catholic clerics had sexually abused countless children and their superiors had engaged in hiding the truth from their flock and public authorities.  As a result, profound misery was wrought in the lives of untold numbers.  God only knows the sick, sad nature of what would compel any adult, entrusted with the care of their people, to abuse children in such a horrific way.  But what justification could a Bishop employ to hide the misdeeds, transfer the offenders risking further harm to more children, families, parishes, and the Priests themselves?

Cardinal Bernard Law, once well-respected and revered among the people he served,  was eventually revealed as one such Bishop.  The Boston Globe revealed he had indeed protected these prelates of Boston, though he long denied it, eventually he admitted to the culpability.  Why had he lied to the parents and their suffering children?  In one deposition he confessed that he had done so as not to scandalize the church.[7]. He did it for the greater good.  Unfortunately, only recently we learned the scandal within our beloved church has not fully been resolved but gotten worse by yet more revelations about Cardinal Theodore McCarrick, and Msgr. Jeffery Burrill. [8] [9]

It’s not difficult to find examples of people telling lies to serve some greater good, perhaps you’ve even done it yourself when leading a military command, a business, a classroom, a charitable organization, or even your family.  But is it ever right to lie? Do good ends ever justify sinful means?  Or are the means somehow made good by the goodness of the ends themselves? Does your answer depend on whether you are the one telling the lie or the one to whom the lie is being told? It’s a quandary known throughout human history.

As Catholics, we seek moral truth through the lens of our faith tradition.  We turn to the wisdom of the Catechism of the Catholic Church:

2483 Lying is the most direct offense against the truth.

To lie is to speak or act against the truth in order to lead someone into error.

It seems from this reading that lying is always and everywhere sinful, though subsequent paragraphs go on to discuss instances where the lies might be differentiated between mortal and venial.  But would it surprise you to know that even Catholic thinkers do not agree on this matter?  If you are like me, you’ve even experienced differences among priests — start asking, and you will see!

In a recent episode of the podcast Pints With Aquinas, the noted Catholic Scholar, Dr. Janet Smith, debated Fr. Gregory Pine, a doctoral candidate in dogmatic theology at the University of Fribourg (Switzerland).  They tackled the very issue we discuss.[10]

Dr. Smith pointed out that the first version of the Catechism of the Catholic Faith had a qualifier in its definition of lying as leading someone into error “who has the right to know the truth.”   St. John Paul II, when addressing the differences between the two versions said in Laetemur Magnopere, the Apostolic Letter released with the second edition, that the changes “allow for a better expression of the Catechism’s contents regarding the deposit of the Catholic faith,” and the new version “faithfully repeats the doctrinal content which I officially presented to the Church and the world in December 1992.”

What does this mean, someone deserving of the truth?  For example, you are a German citizen hiding Jews in your basement.  Nazi soldiers come at your door and demand, “Are there Jews in this house?”  You lie by saying, “No.” Dr. Smith argues that by lying in this instance, you are protecting innocent lives using the rationale that the Nazis were known to have caused harm to Jews and were therefore not deserving of the truth.

Just as Lt. Daniel Kaffee emphatically felt entitled to know the truth of the situation at hand, we too sense a deep need or entitlement to knowledge of a situation that may seriously affect my life, my family, my church, or my country.  Why?

Pope Benedict explained in his encyclical Caritas in Veritate (Love in Truth) that without truth, there is no common good:

“Without truth, without trust and love for what is true, there is no social conscience

power, resulting in social fragmentation, especially in a globalized society at difficult

In the real-life examples described earlier, those who engaged in lying for the greater good very well may have believed this to be true at the time.  Therein, as they say, lies the rub!   They believed they were acting in love toward their fellow man. Cardinal Law believed his lies would protect the church from scandal.  Dr. Fauci believed he had to deliberately mislead the American people, and the whole world, to fight a pandemic.

However, because we live in a technologically advanced age when ordinary people like you and I have access to a seemingly endless supply of information, data, and archival information, experts interviewed in podcasts, etc,  it’s not too difficult to find the truth and expose those who might engage in telling falsehoods.  As a result, there has been a devastating loss of trust in our revered institutions.  This is not to say that all that information is truthful and accurate – FAR FROM IT!  But when our leaders have been exposed to have lied, it further erodes the trust of the people they serve and causes us to seek truth from other sources.  The distrust grows even deeper if those alternative sources are silenced or censored. I have been deeply distressed and disillusioned by the institutional lies that have been and continue to be told.  It has resulted in confusion among my friends and family members when making important decisions.  Rather than advancing some public good, these lies have sown great division in society and within our church.

What then is our call as faithful Catholics, Christians, Citizens, in the face of such distrust and disillusionment?  What can we do?

First, do not fear the truth.  Christ told his disciples, “And you will know the truth and the truth will set you free.” John 8:32  If we are to be his disciples in this age, we must seek truth honestly.  St. Catherine of Sienna said, “Proclaim the truth, and do not be silent through fear.”

Second, tell the truth. If you take nothing else from this post, knowing the true nature of our intent when lying, whether for the common good or self-preservation, is exceedingly difficult.  Play it safe, just don’t lie.  God will work it all out if we abide in Him. 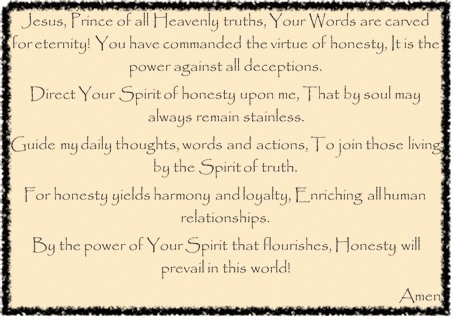 Last and most important of all, PRAY!   Pray every day that God will grant you the courage it takes to tell and accept the truth, and the wisdom to discern truth from lies!