The Individualization of Truth 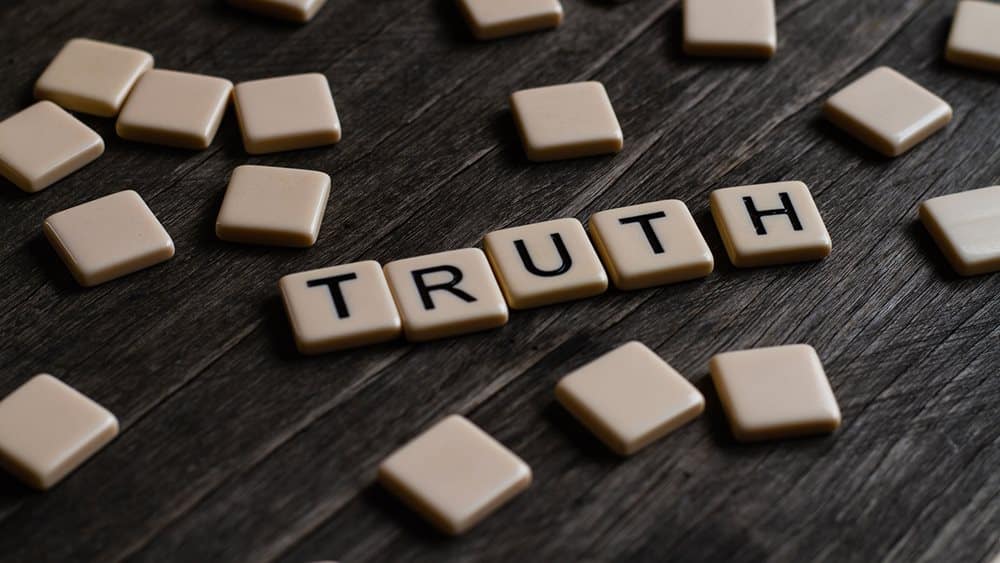 During the Senate Judiciary Committee’s hearings regarding the Supreme Court nomination of Judge Ketanji Brown Jackson., Senator Marsha Blackburn (R-TN) posed a question to Judge Brown: “Can you provide a definition for the word ‘woman’?”  “I can’t… Not in this context — I’m not a biologist,” Judge Jackson replied.

Of course, Senator Blackburn was trying to understand if Judge Brown was with the leftist team.  Judge Brown did not disappoint. 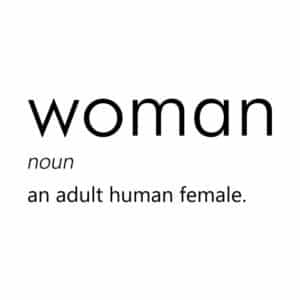 You certainly do not need to be a biologist to know what a woman is.  Merriam-Webster defines “woman” as “an adult female person.” Judge Brown may question the definition of female. So I looked that up too. Merriam-Webster defines “female” as “of, relating to, or being the sex that typically has the capacity to bear young or produce eggs.” So, in simple terms, a “woman” is a human being capable of giving birth to another human being.

If that definition is still too confusing or not thorough enough, here are four scientific ways to know if a person is a woman: a) They have XX chromosomes b) They were born with a uterus and ovaries c) they have breasts that produce milk to feed their babies.

I have another thought: Judge Brown could have asked President Biden.  We know he knows because he said he would nominate a “black woman.”  He is not a biologist either, but he knew Judge Brown is a woman.

It seems that we are reaching a stage in society in which truth is whatever fits our ideology. This is concerning for a potential Supreme Court Justice. How would she reach decisions on other issues like the environment (“I am not an environmentalist”) or abortion (“I am not a geneticist”)? The job of a judge is to discern the truth and impart justice based on the truth.

What is truth? Truth is defined by Merriam Webster as the actual state of a matter, adherence to reality, or an indisputable fact. The truth refers to the version of reality in which we exist. Putting it more simply, if you are “telling the truth,” you are describing the world as it is and not making things up or telling lies.

Other definitions of truth have to do with sincerity in action or character, while others refer to God. The opposite of truth, then, is lies, falsity, fiction, and falsehood. No matter how it is viewed, truth bears the fruit of trust, and many of us spend our entire lives looking for it. The intrinsic desire for truth is what gives us that deep, personal longing to answer questions like “what is my purpose,” “who am I,” or “who do I serve?”

In Plato’s Cratylus, on the philosophy of language, Socrates says that aletheia (Greek for “truth”) is a compression of the phrase “a wandering that is divine.” Besides Plato, many other thinkers have spoken of truth and God in the same breath, and truth has also been linked with concepts such as justice, power, and freedom. According to John the Apostle, Jesus said to the Jews: “You are truly my disciples if you remain faithful to my teachings. Then you will know the truth, and the truth will set you free.“ (John 8:31:32).

It seems, however, that “Truth” has become whatever suits us.  That is why we hear men proclaiming to be women, or insisting that “men” can bear children and the abandonment of phrases like “menstruating women” for “menstruating adults.” Some insist that two men or two women can replace the family unit of a man and a woman and use artificial means to procreate children. Truth is a property not so much of thoughts and ideas but more properly of beliefs and assertions. However, to believe or assert something is not enough to make it true. 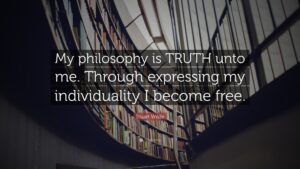 For centuries, philosophers have agreed that thought or language is true if it corresponds to an independent reality. For Aristotle, ‘to say that what is is, and what is not is not, is true.’ For Avicenna, truth is ‘what corresponds in the mind to what is outside it.’ St. Thomas Aquinas explained his Theory of Truth in Summa Theologiae.  For Aquinas, human truth, which consists in the conformity of things to the human intellect, is necessarily relativistic, if not subjectivistic, since there are “many truths in many created intellects; and even in one and the same intellect, according to the number of things known.” To avoid this relativism, Aquinas invokes the divine intellect and argues that, in a certain sense, although there are many truths, all of these truths are ultimately an expression of the one truth which is God.

Unfortunately, the mind does not perceive reality as it is, but only as it can, filtering, distorting, and interpreting it. So we see in modern times how it has been argued that truth is constructed by social and cultural processes, to say nothing of individual desires and dispositions.

Perhaps the most influential of these thinkers is Michel Foucalt.  Foucault is the most cited scholar in the humanities. His homosexual proclivities, and subsequent death from AIDS in 1984, are well-known. Foucault famously spoke, not of truth or truths, but of ‘regimes of truth.’ Categories and constructs concerning, for example, race, sexuality, and mental disorder may not reflect biological let alone metaphysical realities.

Foucault’s influence is everywhere. He is a philosophical genius who fathered the LGBT and gender movements, despite his reputation as a pedophile. Wikipedia has a linguistically-sanitized section on Foucault’s disturbing behavior:

“Foucault was a vocal proponent of consensual adult-child underage sex and pedophilia, considering them signs of liberation of both actors. In 1977, along with Jean-Paul Sartre, Jacques Derrida, and other intellectuals, Foucault signed a petition to the French parliament calling for the decriminalization of all “consensual” sexual relations between adults and minors below the age of fifteen, the age of consent in France. He’d also written an open letter in the Le Monde in defense of three convicted pedophiles. Foucault has been described by the Windsor Star as a “pedophile guru”.

In a March 2021 article, The Times (paywall) details horrific claims about Foucalt that boggles the mind why he has become such an influence in society:

The philosopher Michel Foucault, a beacon of today’s “woke” ideology, has become the latest prominent French figure to face a retrospective reckoning for sexually abusing children.

A fellow intellectual, Guy Sorman, has unleashed a storm among Parisian “intellos” with his claim that Foucault, who died in 1984 aged 57, was a paedophile rapist who had sex with Arab children while living in Tunisia in the late 1960s.

Sorman, 77, said he had visited Foucault with a group of friends on an Easter holiday trip to the village of Sidi Bou Said, near Tunis, where the philosopher was living in 1969. “Young children were running after Foucault saying ‘what about me? take me, take me’,” he recalled last week in an interview with The Sunday Times.

“They were eight, nine, ten years old, he was throwing money at them and would say ‘let’s meet at 10pm at the usual place’.” This, it turned out, was the local cemetery: “He would make love there on the gravestones with young boys. The question of consent wasn’t even raised.”

Sorman claimed that “Foucault would not have dared to do it in France”, comparing him to Paul Gauguin, the impressionist said to have had sex with young girls he painted in Tahiti, and Andre Gide, the novelist who preyed on boys in Africa. “There is a colonial dimension to this. A white imperialism.”

Sorman says he regrets not having reported Foucault to police at the time or denounced him in the press, calling his behaviour “ignoble” and “extremely morally ugly”.

But, he added, the French media already knew about Foucault’s behaviour. “There were journalists present on that trip, there were many witnesses, but nobody did stories like that in those days. Foucault was the philosopher king. He’s like our god in France.”

Why does Foucalt’s behavior matter? Well, because Foucault’s ideas are the intellectual framework of the current “woke” crusade. Most of the ideas circulating nowadays in political and academic circles have their intellectual justifications rooted in this deeply evil man’s brain. Foucault is cited 1.14 MILLION times by our “academics”:

In this confusing world, how do we understand truth? One way is simply to look at its opposite, or rather, opposites, namely, lies and bullsh*t. Whereas in lies the liar must track the truth to conceal it, the bullsh*tter has no regard or sensitivity for the truth or even for what his or her audience believes. Harry Frankfurt, an American philosopher who taught at Princeton University, describes this distinction this way:

Someone who lies and someone who tells the truth are playing on opposite sides, so to speak, in the same game. Each responds to the facts as he understands them, although the response of the one is guided by the authority of the truth, while the response of the other defies that authority and refuses to meet its demands. The bullsh*tter ignores these demands altogether. He does not reject the authority of the truth, as the liar does, and oppose himself to it. He pays no attention to it at all. By virtue of this, bullsh*t is a greater enemy of the truth than lies are. 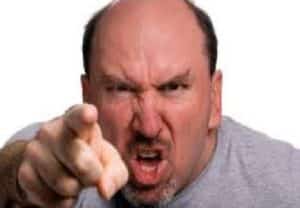 I have learned over the years that people are more comfortable following the thinking of the majority and lying to themselves that they believe in the idea of the time (self-deception). Self-deception can easily be brought down by even superficial questioning. This is one of the reasons many can’t defend their thinking and resort to ad hominem attacks – calling opponents “haters” or “racists” or “homophobic” and other slurs that avoid discussing facts. A common tactic is “canceling opponents” who disagree with “your truth.”

A glaring example of the “canceling” tactic is what happened to Roland Fryer, a ‘genius’ black Harvard professor who was forced out of his job after colleagues angered by his anti-woke views trumped-up sexual harassment claims against him, as investigated in this recently published documentary.  (Watch the documentary; its 25 minutes will illustrate the current state of truth and its detractors.)  His refusal to adhere to common woke doctrines put him in the sights of Harvard’s social studies dean Larry Bobo and African-American studies scholar Claudine Gay.

How do we as Christians respond to this modern view of “individualized truth”?

Modernism provides a clue to understanding humanity in its attempt to understand itself and human life without the aid of God’s revelation. Modernism’s rejection of God and focus on self are the results of society’s embrace of falsehood. Christians are to be ambassadors for Christ, speaking the truth to a world that is lost and deceived by Satan. A Christian should treat those ensnared in untruths with gentleness, with prayer, and speaking the truth in love (2 Timothy 2:24–26; Ephesians 4:15).

Modernism is another step toward the fulfillment of the prophecies in the Bible. Paul says that in the end times people will be “lovers of self” (2 Timothy 3:3). Peter mentions that a hallmark of the last days will be the presence of “scoffers” and skeptics (2 Peter 3:3), and Jude echoes the warning (Jude 1:18).

Through our CUP ministry, we engage the culture influenced by modernism with courage and truth. With your help, let’s use our talents and intelligence to influence culture with art, literature, philosophy, and science by injecting Christian thought into the culture rather than keeping it to ourselves to be enjoyed only by others like us.